Polet Aviakompania (Polet Airlines) Antonov AN-124 RA-82068 has arrived back into Rockhampton Airport on Tuesday 3 December. 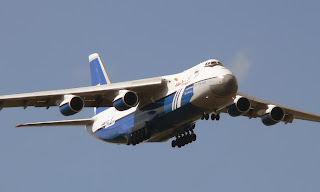 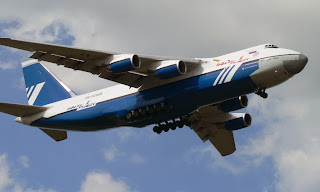 Local plane spotters Don W and 'IAD' were on hand as the giant Russian freighter touched down on Rockhampton Airport's Runway 15 just before 3pm, arriving from Kuala Lumpur as POT4713. 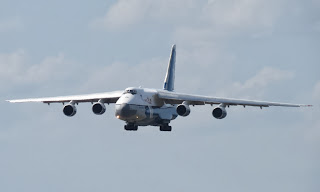 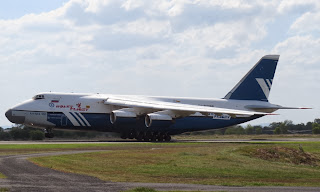 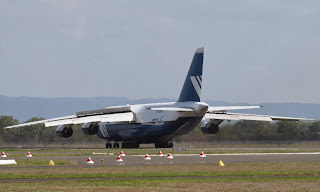 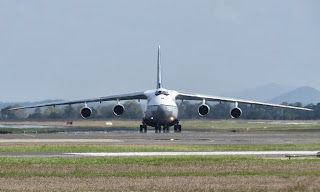 RA-82068 eventually parked on Gate 6 on the Southern end of the Rockhampton Airport apron. 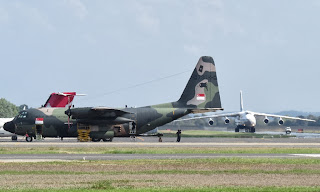 And as the photos above and below show, a Republic of Singapore Air Force (RSAF) Lockheed C-130H Hercules transport aircraft - serial 730 - was also spotted at Rockhampton Airport on Tuesday 3 December.  Reports suggest that the Herc departed North-bound later in the afternoon. 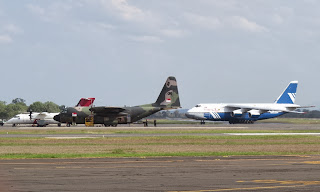 The Antonov is expected to depart Rockhampton carrying the two RSAF Boeing CH-47SD Chinook helicopters that recently participated in the Singapore Armed Force's Exercise Wallaby 2013 back to Singapore early on Wednesday 4 December.  Reports suggest that RA-82068 is likely to depart around 7am for Cairns and then on to Singapore on Wednesday.

Thanks to Don and 'IAD' for sending through these spectacular photos!