Local plane spotter Michael F has sent through some more great photos from Gladstone Airport on Sunday 8 February as JetGo Australia Embraer E-135 VH-JGB touched down operating the airline's final service to industrial city from and back to Sydney. 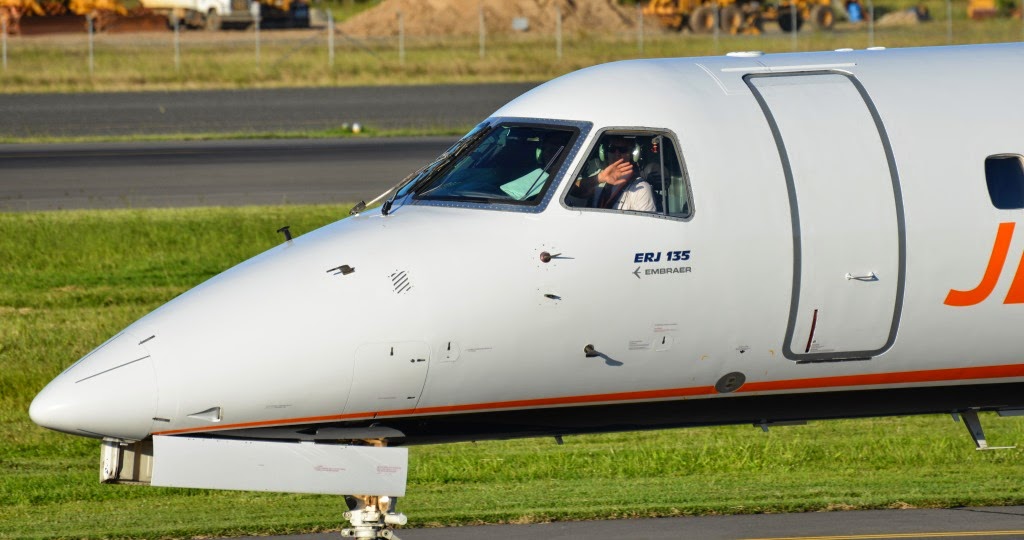 But while he was there, Michael also captured some other visitors to call into Gladstone Airport including QantasLink Dash-8-Q300 VH-SBV which was captured operating the final leg of the QLK2307 'milk run' from Cairns to Brisbane via Townsville, Mackay, Rockhampton and Gladstone.

Of interest, VH-SBV called in earlier in the day operating the Northbound QLK2308 'milk run' flight!

QantasLink (Cobham Aviation) Boeing B717-200s VH-NXR and VH-NXL were also spotted.  VH-NXR was spotted arriving from Brisbane as QJE1712, while a little later, VH-NXL was spotted operating as QJE1716.

Virgin Australia Regional Airlines (VARA) ATR 72-500 VH-FVM was captured twice at Gladstone Airport on Sunday 8 February operating from and back to Brisbane firstly as VOZ1711/1714 before returning later as VOZ1717/1720.

Finally, Gladstone Flying Training and Air Charter (Gladstone Flight Training) Evektor Sportstar (Plus) VH-JTO was captured by Michael as it looked to head out on a local flight.

Sincere thanks to Michael for sending through these great photos from a great weekend of plane spotting action at Gladstone Airport.

All photos taken by Michael Fleetwood  ©
Posted by Damian F at 8:43 AM