Making an unexpected but most welcome return to Rockhampton Airport on Sunday 16 February was CQ's newest resident bizjet in the form of Embraer EMB-550 Legacy 500 N142GZ. 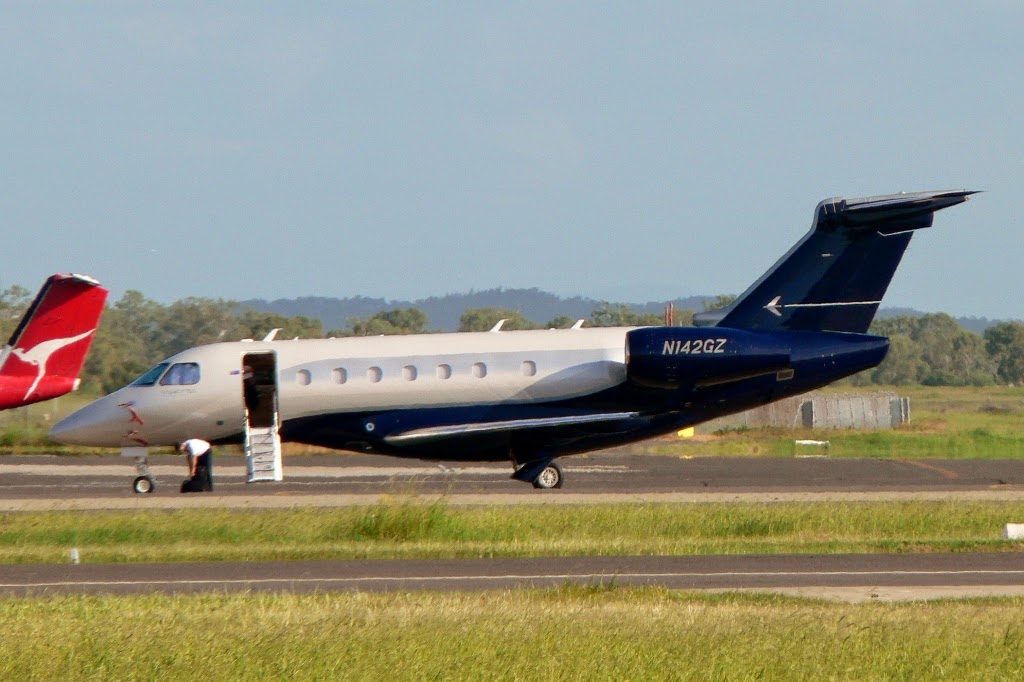 It again made the short hop South from its Mackay Airport base. 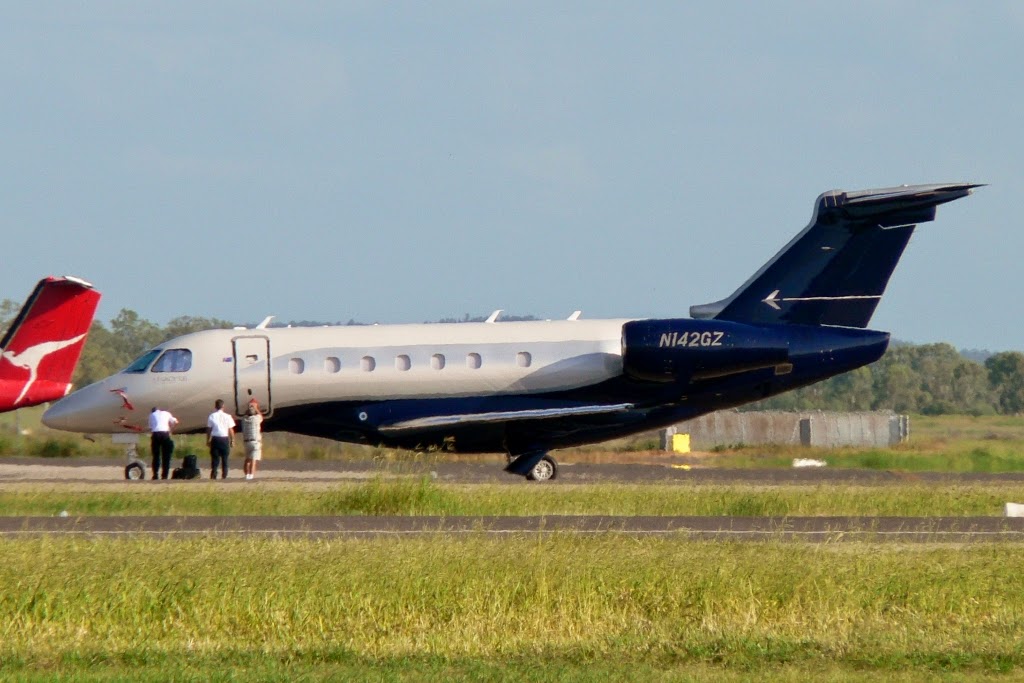 And judging by the photos captured by local plane spotter Don W, it appeared that the Legacy was preparing to stay for the night at Rocky!

UPDATE!  N142GZ did indeed stay the night at Rockhampton Airport, departing back to Mackay Airport in the early afternoon on Monday 16 February.

All photos taken by Don Williams  ©
Posted by Damian F at 7:56 AM