In the aftermath of Tropical Cyclone Marcia, there has been a wide variety of aircraft and helicopters that have - and continue to - called into Rockhampton Airport.  Local plane spotter Travis W has sent through some more great photos captured at Rockhampton Airport over the last few days. 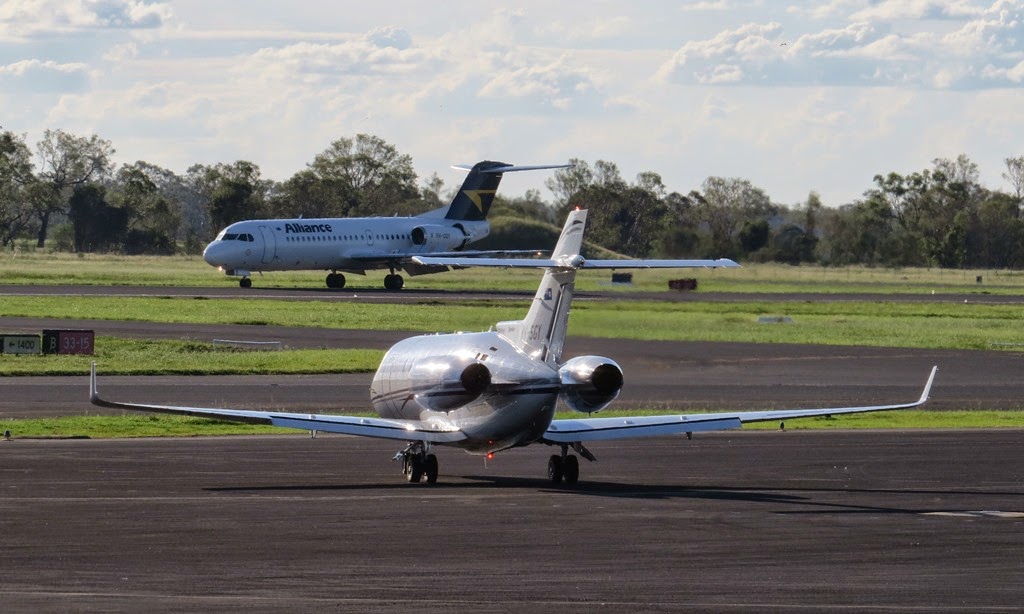 On Tuesday 24 February, the Queensland Government Airwing (State of Queensland) Raytheon Hawker 850XP bizjet VH-SGY was captured making one of its many visits to Rocky and region. 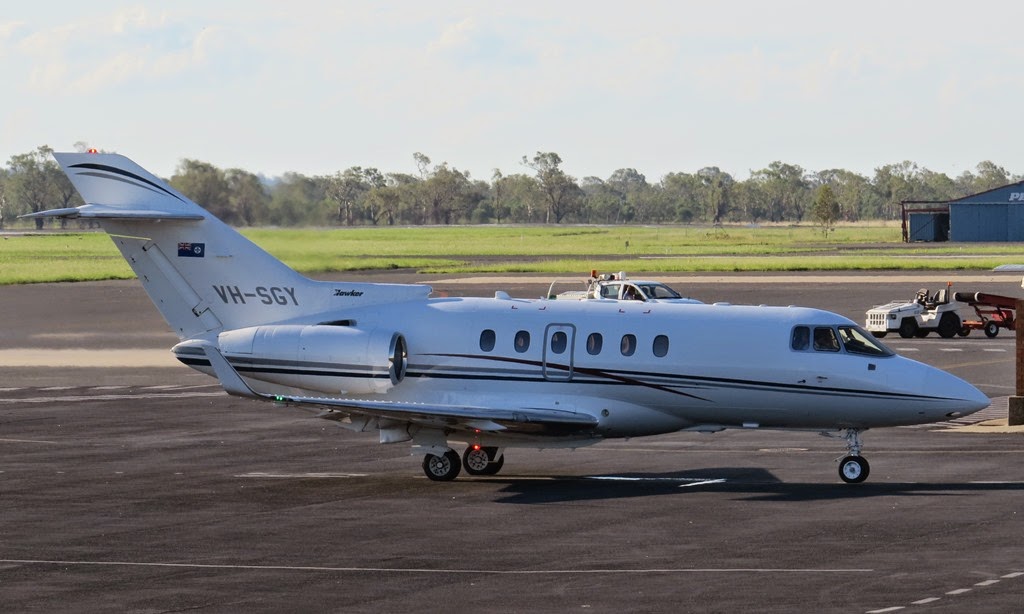 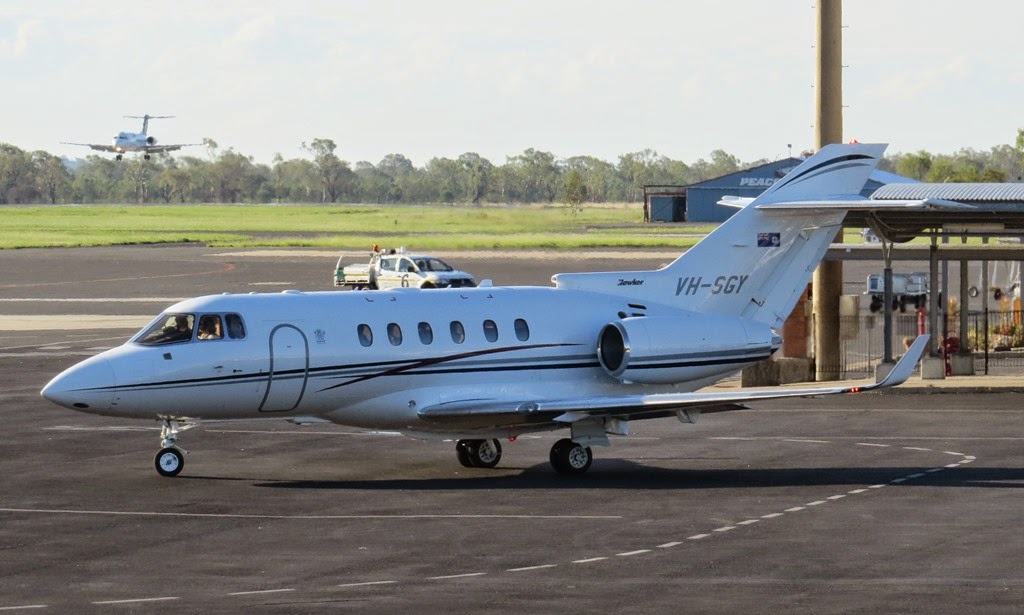 Due to the rolling night-time closures of Rockhampton Airport, Alliance Airlines Fokker F-70 VH-QQY operated a scheduled service for QantasLink into Rocky also on Tuesday 24 February. 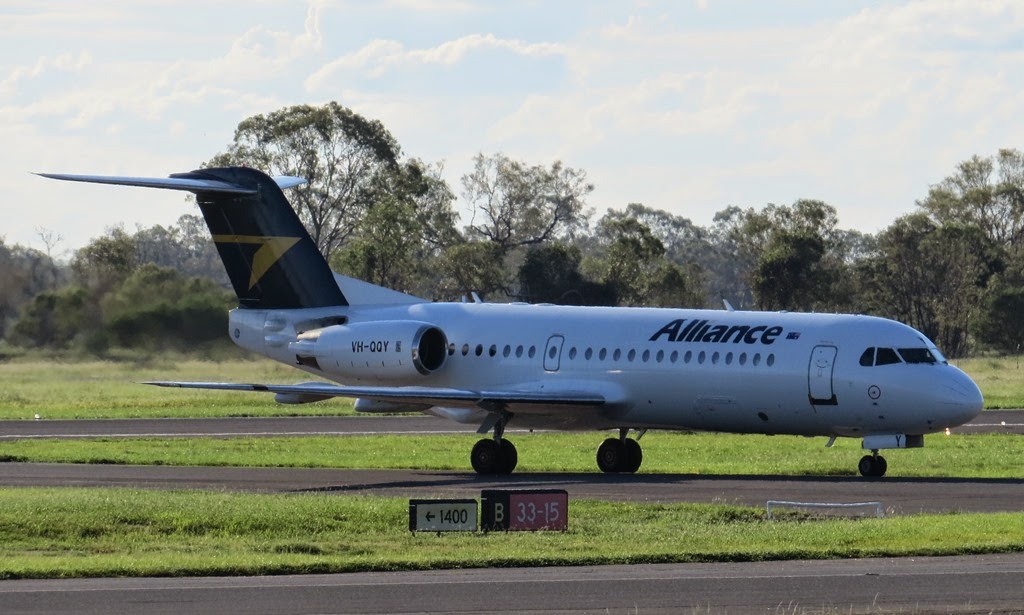 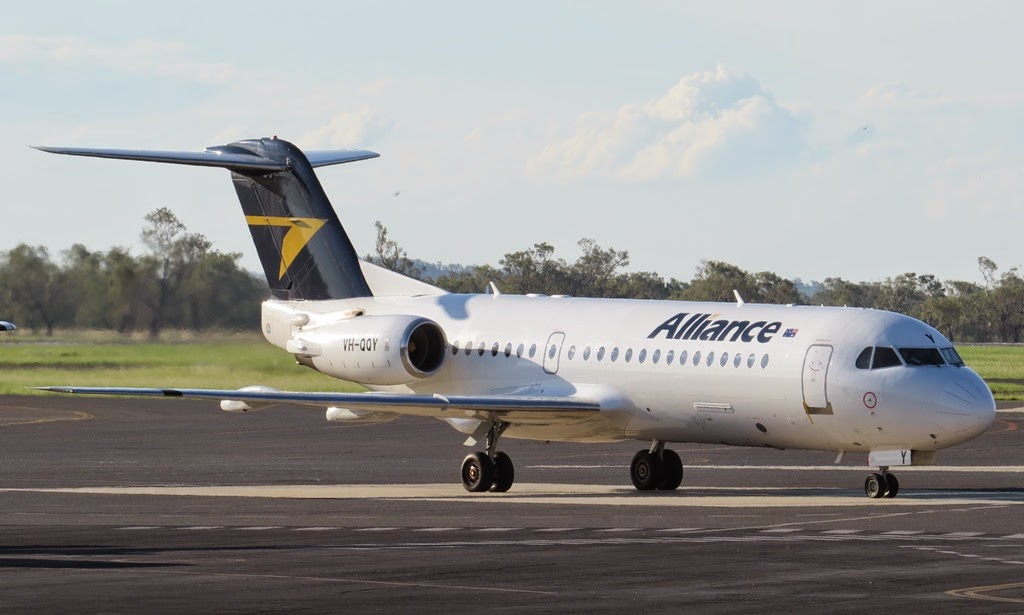 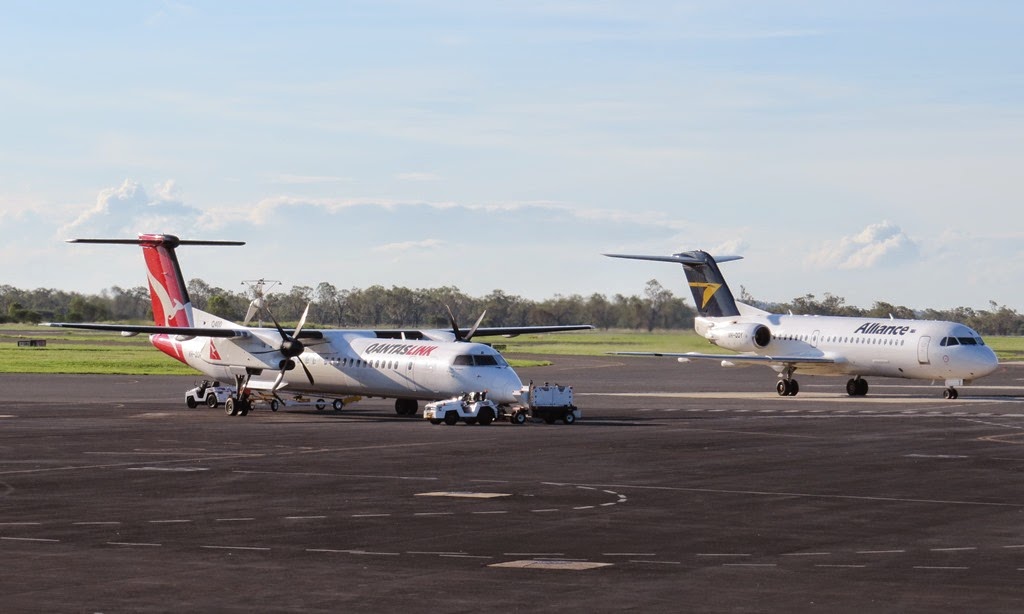 Finally on Tuesday 24 February, the Queensland Police Service Eurocopter (MBB) BO-105 CBS-5 helicopter VH-NVK was spotted sitting on the Northern end of the Rockhampton Airport apron.  VH-NVK was noted flying over flooded areas around Biloela before it was noted landing at Rockhampton Airport.  It was heard to be using the radio callsign of "Polair 42". 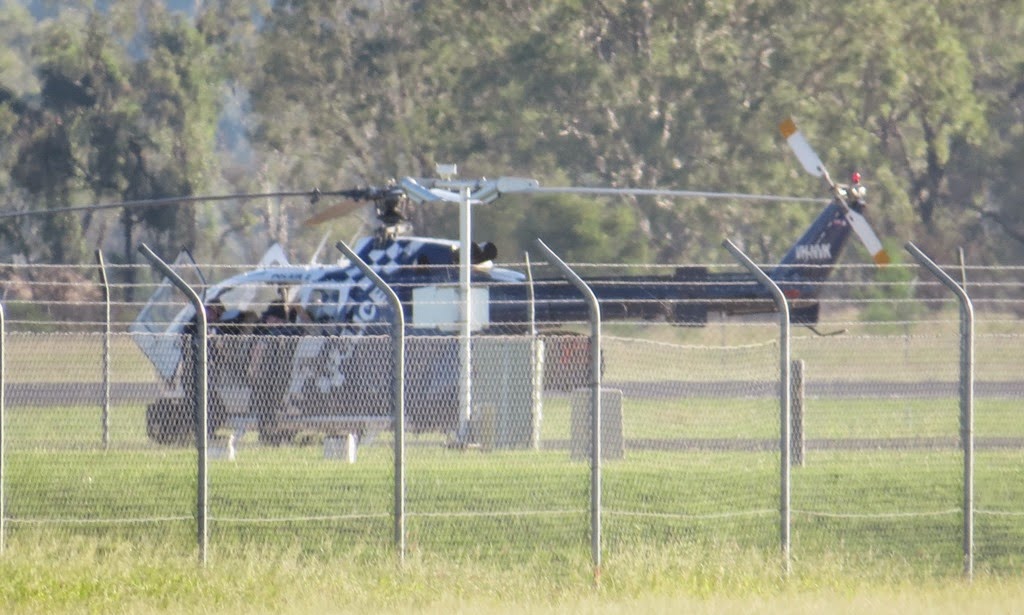 Travis returned to Rockhampton Airport on Thursday 26 February and captured a couple of commercial movements, along with the three nice bizjets that called in. 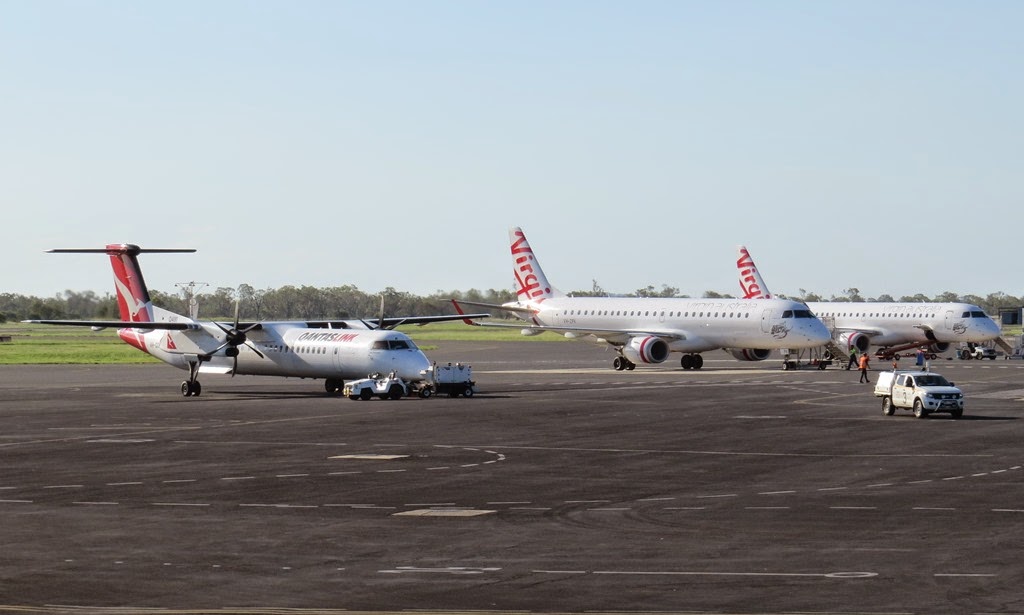 A pair of Royal Australian Air Force (RAAF) bizjets operated by the RAAF VIP 34 Squadron called in for the night.  Boeing B737-7DF(BBJ) A36-002 was first to touch down, arriving from Canberra as "Ausy 310". 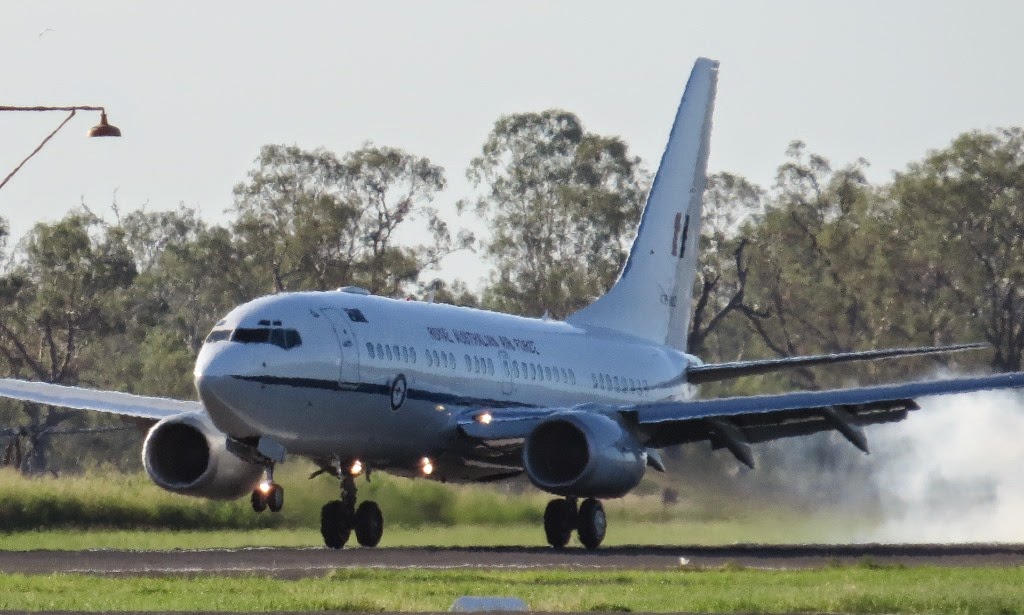 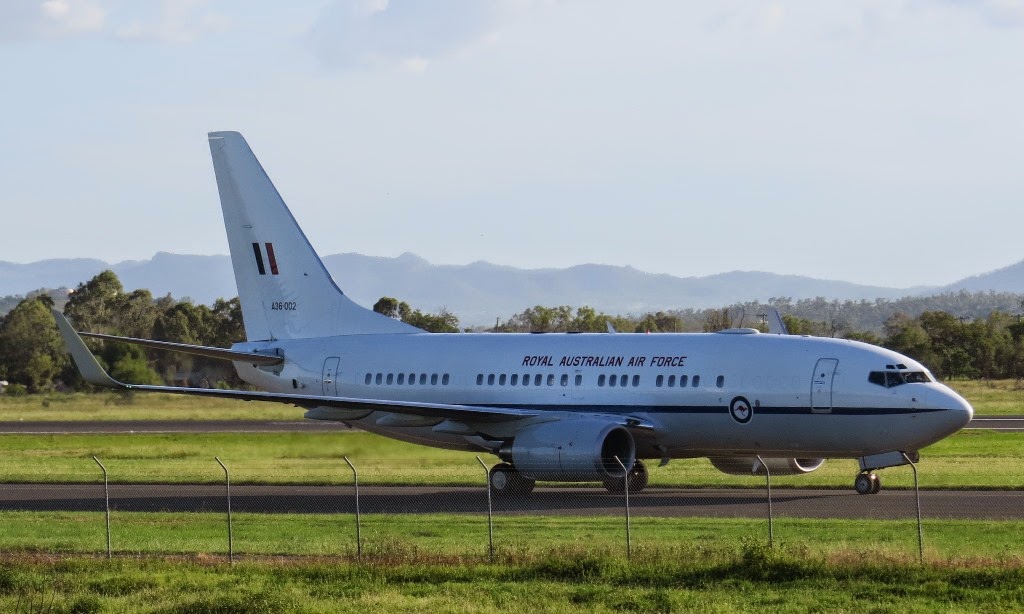 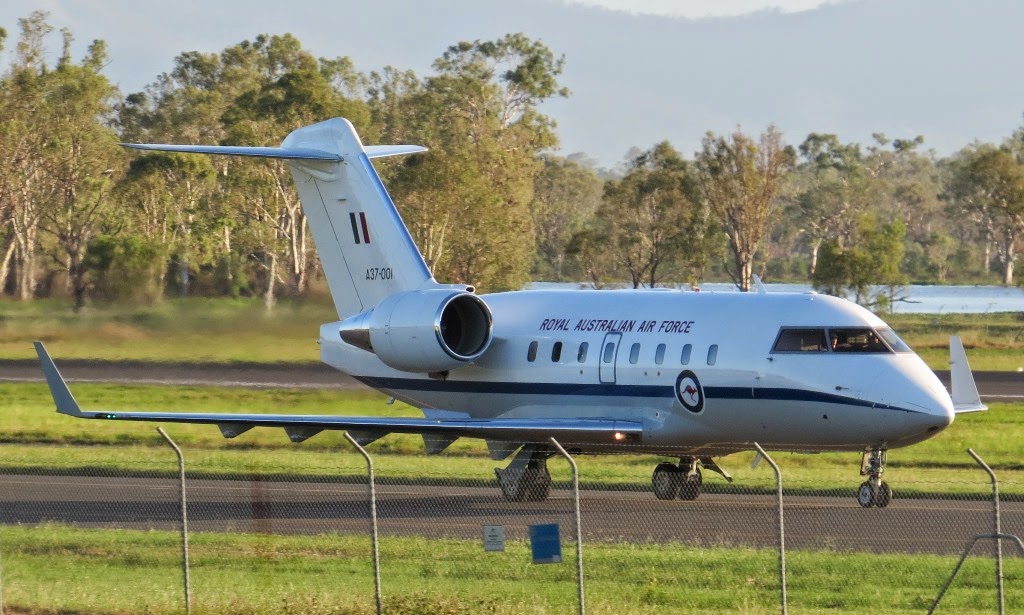 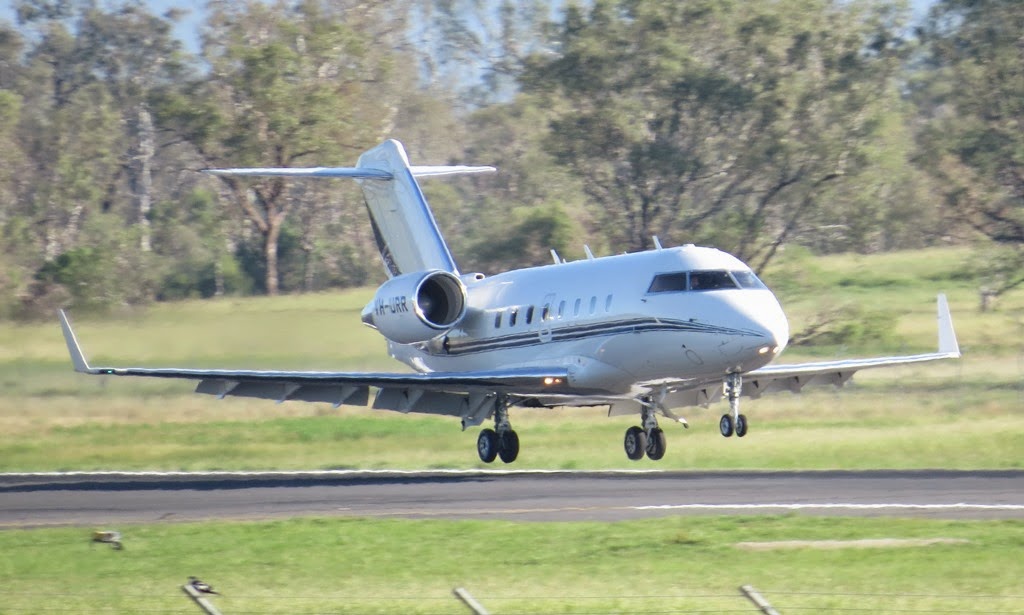 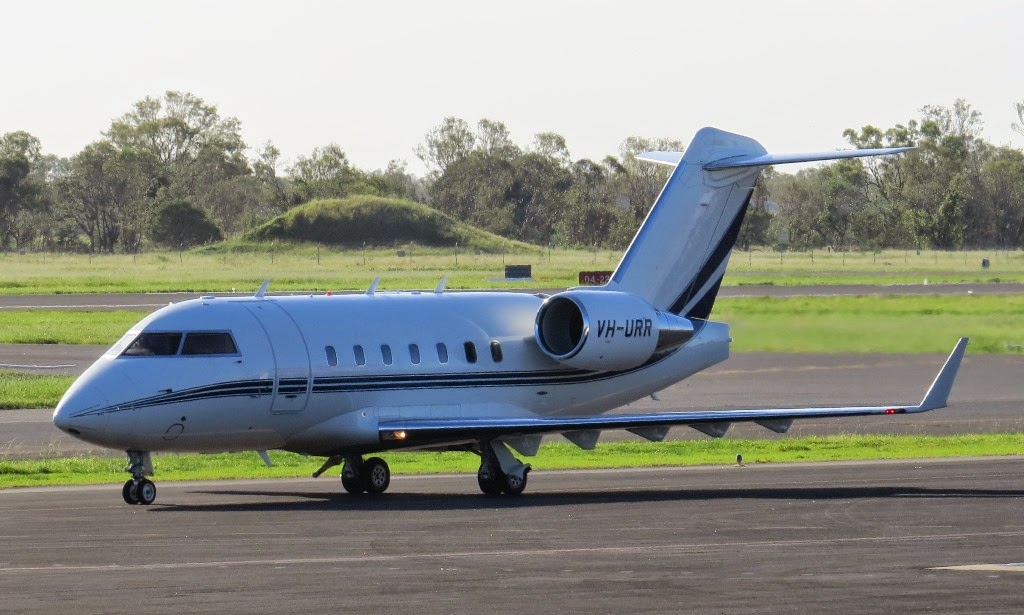 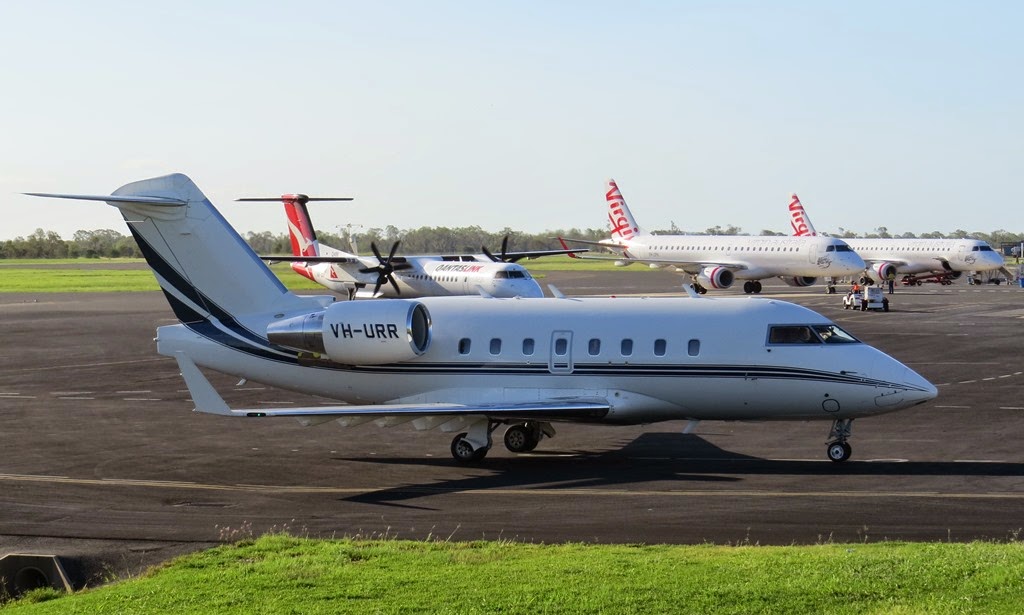 Sincere thanks to Travis for capturing and sending through these great photos of some great visitors to Rockhampton Airport - albeit they are visiting under rather unfortunate circumstances.

All photos taken by Travis Whiting  ©
Posted by Damian F at 11:52 PM