A few interesting comings and goings at Hamilton Island Airport with, perhaps the star aircraft to call into Hamo in recent days, Bombardier BD-700-1A11 Global 5000 VP-CGM, departing to Cairns on Tuesday 17 February. 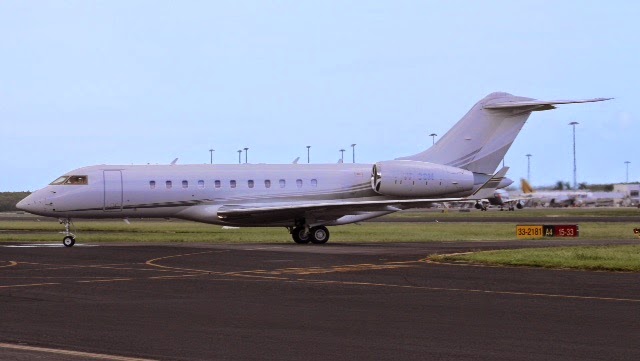 Brisbane-based plane spotter Brendan B was in Cairns on Tuesday for work and captured a nice photo as VP-CGM taxied to its parking spot.

Another bizjet to call into Hamo was on Wednesday 18 February when Shortstop Jet Charter British Aerospace BAe-125-1000B VH-LMP called in for a little while from Melbourne (Essendon) Airport.

Also in Cairns, Brendan captured a photo of another recent visitor to Hamilton Island Airport in the form of recently re-registered Beech 1900C VH-EMK which until recently has been operating in Western Australia with Perth-based charter company Awesome Aviation, 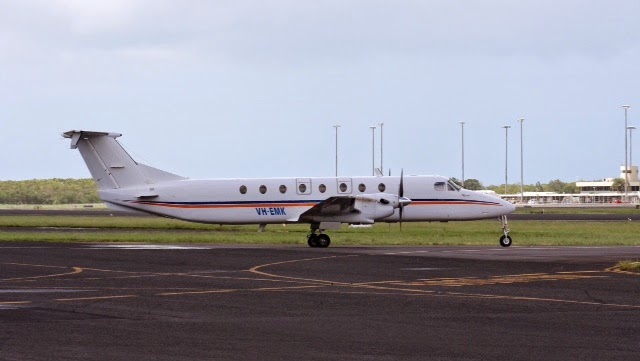 VH-EMK now appears to be operating for West Wing Aviation out of Cairns and in fact visited Hamilton Island on Sunday 15 February from and back to Cairns.

On Monday 16 February, QantasLink Dash-8-Q400 VH-QOE operated into Hamilton Island from Brisbane on the scheduled QLK2824 service.  It appears that VH-QOE then broke down with fellow Dash-8-Q400 VH-QOY positioned to Hamo from Brisbane as QLK2674 before it then operated back to Brisbane as the delayed QLK2825 service.  VH-QOE then positioned empty back to Brisbane.

Finally, one last photo from Brendan in Cairns shows some of the former Skytrans Airlines Dash-8 turbo-prop aircraft which are currently stored at Cairns Airport following the airline's closure earlier this year. 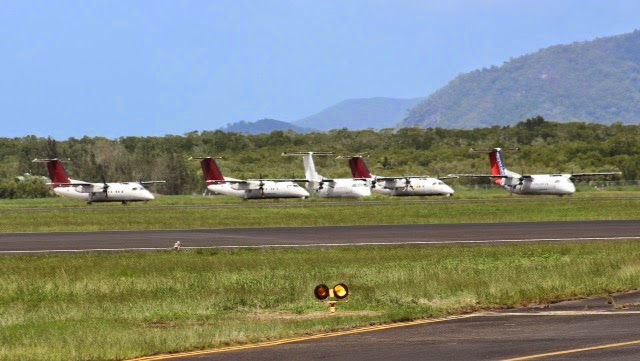 Sincere thanks to Brendan for sending through allowing us to share his photos from Cairns.  Brendan has in fact started his own personal aviation blog which you can find at http://madaboutplanes.blogspot.com.au/ .

All photos taken by Brendan Berry  ©
Posted by Damian F at 9:12 PM