Well, we jumped the gun a bit on this post, with the Brunei Shell Petroleum Sikorsky S-92A helicopter V8-SAR actually ferrying back to Brunei on Saturday 7 February.  It was spotted departing Brisbane early on Saturday for Toowoomba where it took on fuel and departed to Longreach.  As expected, V8-SAR departed Longreach for Mount Isa. 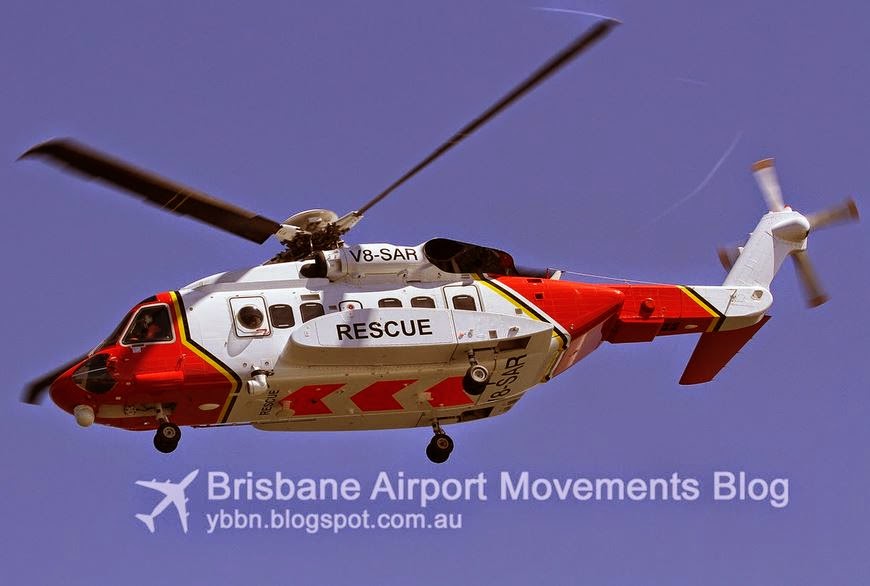 It was recently photographed (above) by the brilliant Brisbane Airport Movements Blog ( http://ybbn.blogspot.com.au/ ) performing airwork at Brisbane Airport after emerging from the nearby Sikorsky Helitek facility, where ti arrived in October 2013 as V8-SHL.


Search and Rescue conversion work has been completed on the Sikorsky, and it is now ferrying back to Brunei.
Posted by Damian F at 7:46 PM