Local plane spotter Michael F popped out to Gladstone Airport very early on Tuesday 3 February and captured some great photos of a couple of great visitors to the industrial city that arrived the previous and night.

As mentioned below, Business Aviation Solutions Cessna 650 Citation VII bizjet VH-DHN arrived at Gladstone early on Monday 2 February from the Gold Coast and remained for the night.  It departed late on Tuesday for the Gold Coast and Bankstown. 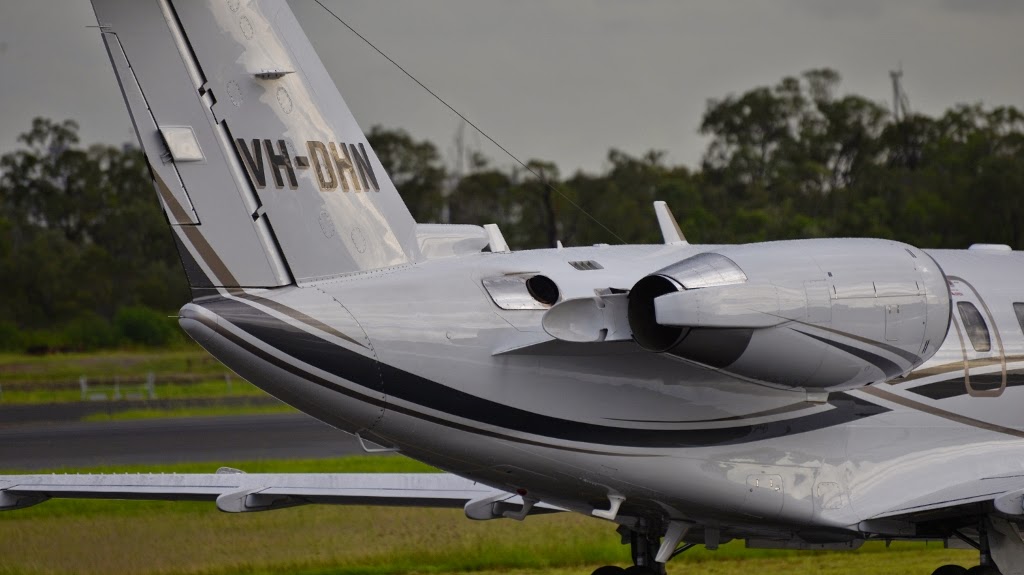 Also touching down overnight - initially due into Gladstone from Adelaide and Sydney, but landing at Bundaberg due to storms before re-positioning to Gladstone in the wee small hours of Tuesday 3 February - was the recently delivered Beechcraft B350 (B300) Super King Air VH-SQR which shows to have a registered operator as the Royal Flying Doctor Service of Australia (RFDS) South Eastern Section.

Certainly a couple of great visitors, and we sincerely thank Michael for taking the time to capture and send through these great photos!

All photo taken by Michael Fleetwood  ©
Posted by Damian F at 4:47 PM