It's been well reported that Virgin Australia Boeing B737-800 VH-VUL was the final aircraft in their fleet to be repainted out of the old red colours of Virgin Blue and into the white Virgin Australia livery that we are well accustomed to seeing.  The photo below is from the Flying Colours hangar at Townsville Airport recently when VH-VUL was in the process of receiving its final coat of paint. 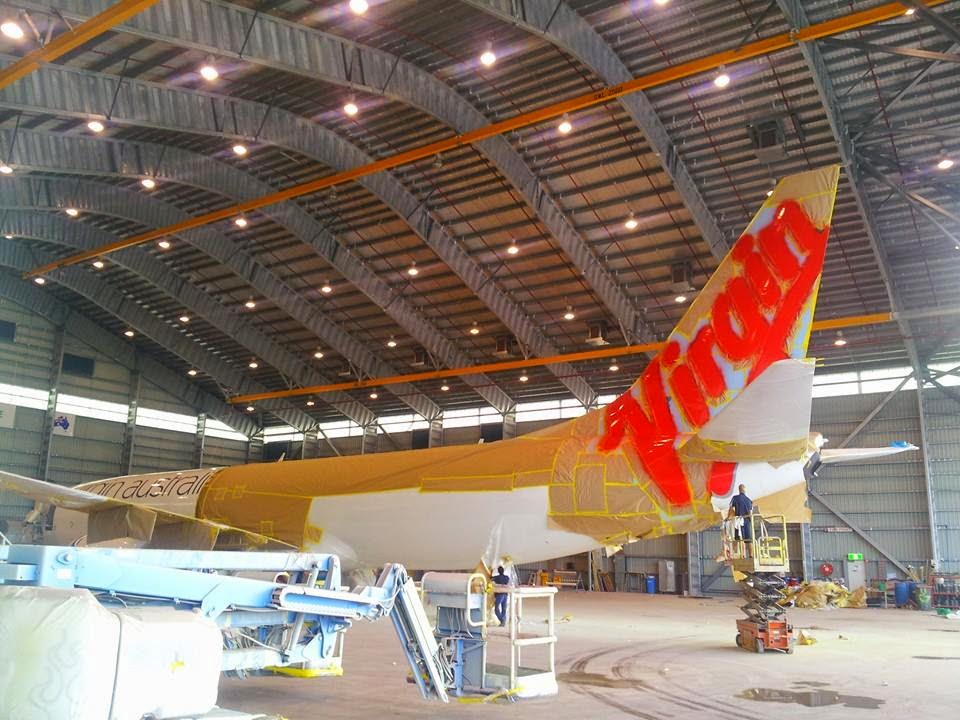 At this stage, fellow B737-800 VH-VUK, which was the second-to-last aircraft to be re-painted, is yet make an appearance in CQ in its new colours.

It's also worth noting that for us spotters, Virgin Australia is re-entering its New Zealand registered aircraft back on the Australian register.  At this stage I am aware that ZK-PBA is now registered VH-VOO and is operating predominantly in Australia, while ZK-PBM has been registered VH-VUO and has entered service in Australia this week.

So a few more aircraft and registrations to look out for!