Certainly a surprise arrival into Longreach Airport late on Friday 22 March with a trio of Australian Army Sikorsky S-70A-9 Blackhawk helicopters noted arriving soon after the sun had set. 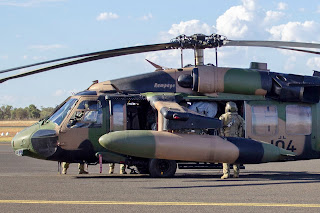 They looked to arrive from the South via Charleville Airport where local plane spotter Zac F very generously shares some photos that he captured as the Blackhawks passed through during the afternoon. 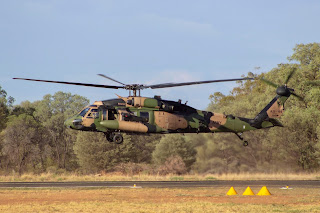 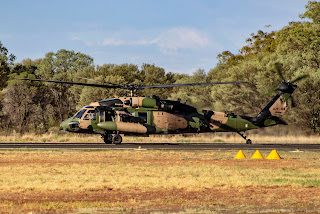 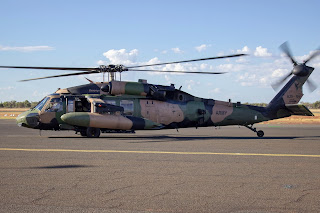 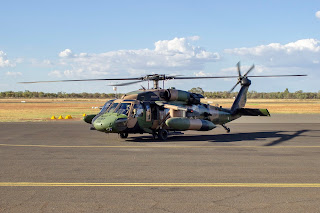 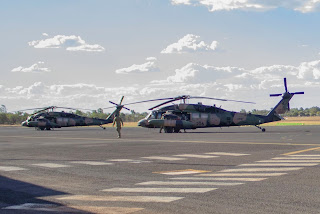 The three Blackhawks were identified as A25-104, A25-206 and A25-210 and are believed to be flown by the Australian Army's 171st Aviation Squadron (forming part of the 6th Aviation Regiment) based at Holsworthy Barracks near Sydney.

At the time of writing, the three Blackhawks remain parked at Longreach Airport and appear to be staying for the night.  It would seem that they will continue North on Saturday 23 March.

All photos taken by Zac Fitzgerald  ©
Posted by Damian F at 8:49 PM