On Friday 8 March, Australian Army Boeing CH-47F 'Foxtrot' Chinook helicopter A15-301 was noted passing through Rockhampton Airport.  It arrived from the South and departed to Townsville and was heard to be using the radio callsign of "Madcow 374". 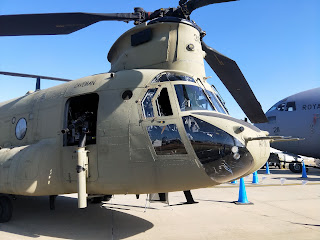 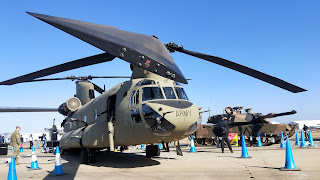 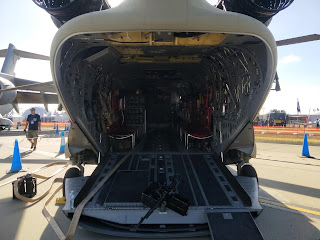 A15-301 was returning to Townsville following its participation in the Australian International Airshow at Avalon Airport where it was on static display.

Fellow Chinooks A15-302 and A15-304 were also at Avalon and participated in the airborne displays and Australian Defence Force (ADF) Showcase during the Airshow.  It is expected that these two Chinooks should pass through Central Queensland on their return to Townsville in the next couple of days.

All photos taken by Ash Burggraaff  ©
Posted by Damian F at 7:21 PM