On Monday 11 March, Royal Australian Air Force (RAAF) Canadair CL-600-2B16 Challenger 604 bizjet A37-001 was back in Central Queensland, this time photographed arriving into Rockhampton Airport.  It looked to fly in from Port Macquarie via Coffs Harbour and was heard to be using the radio callsign of "Regent 66". 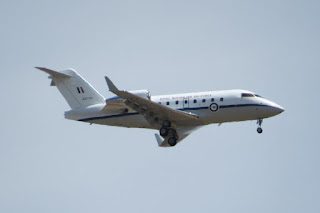 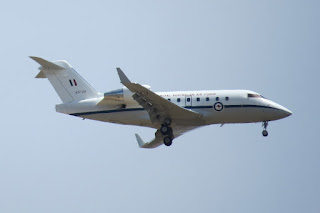 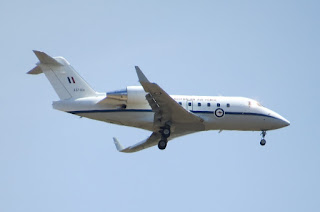 The Challenger reportedly brought Nationals Leader and Deputy Prime Minister Michael McCormack to the Beef Capital for a series of engagements.  He was at Mackay Airport on the weekend also travelling A37-001 but as "Wisdom 65" - see Blog post below!

Once complete, Mr McCormack boarded the Challenger and A37-001 departed Rockhampton Airport and was seen heading for Wagga Wagga in New South Wales.  It then flew to Canberra.

Sincere thanks to local plane spotter Kayanne H for being at the right spot at the right time and sending through these great photos!

All photos taken by Kayanne Hardsman  ©
Posted by Damian F at 7:28 PM