On Friday 22 March, Royal Australian Air Force (RAAF) Alenia C-27J Spartan transport aircraft A34-001 was noted completing airwork at some Central Queensland Airports.  It was heard to be using the radio callsign of "Kaos 34". 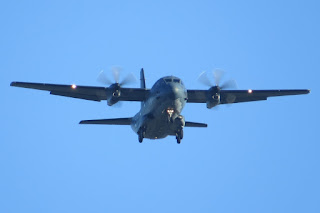 The Spartan looked to depart RAAF Base Amberley and complete airwork around the Sunshine Coast before being noted completing a missed approach at Bundaberg Airport. 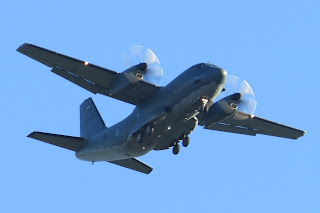 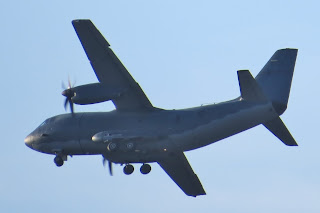 A34-001 then continued to Rockhampton where local plane spotter Kayanne H was on hand to capture several photos as it completed five touch-and-go's at Rockhampton Airport. 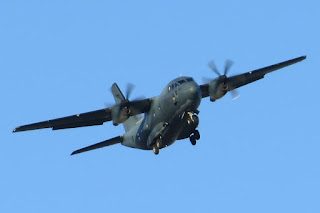 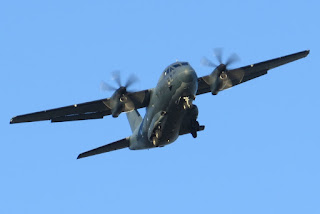 After completing the airwork at Rocky, A34-001 then completed a touch-and-go at Mackay Airport before continuing further North and landing at Townsville.

Meanwhile, earlier on Friday 22 March, another different pair of RAAF aircraft were noted also completing airwork but at Mackay and in the Whitsundays.

RAAF Boeing B737-7ES / E-7A Wedgetail Airborne Early Warning & Control (AEW&C) aircraft A30-002 was noted completing a missed approach at Hamilton Island Airport.  It was flying as "Wedgetail 21" and looked to fly up from and back to its RAAF Base Williamtown base in New South Wales.

While RAAF Boeing C-17A Globemaster III A41-212 was noted completing a missed approach at Mackay Airport as "Stallion 67".  It looked to fly up from and back to RAAF Base Amberley.

Sincere thanks to local plane spotter Kayanne H for taking the time to capture and send through these great photos of the Spartan at Rockhampton!