Noted yet again making one of its many flights to Normanton in Far North Queensland, Gulf Coast Aviation Cessna 510 Citation Mustang bizjet VH-KXM was noted calling into Longreach Airport on Saturday 16 March.  It arrived direct from its Bankstown base.


After taking on fuel, VH-KXM continued to Normanton.

Of interest, VH-KXM then departed Normanton and flew all the way back down to Tamworth in New South Wales.

Meanwhile, like its sistership, fellow new Gulf Coast Aviation Textron Aviation (Cessna) T206H VH-KQM was noted visiting Longreach Airport during this last week while on a flight from its Bankstown base to Vanrook Station near Normanton in Far North Queensland. 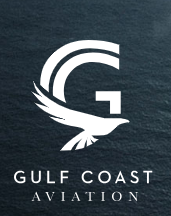 VH-KQM ferried North from Bankstown via Armidale and Charleville before landing at Longreach Airport on Wednesday 13 March.  It continued to Vanrook Station and Cairns on Thursday 14 March before returning to Vanrook Station on Friday 15 March.

VH-KQM was registered to Gulf Coast Aviation in September 2018 but seems it hasn't seen much flight time until this March.