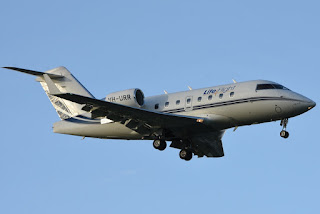 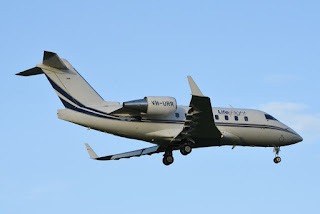 It looked to arrive from Brisbane and Cairns.

After an hour on the ground, VH-URR "Ambulance 604" departed Mackay Airport and returned to Brisbane.

Meanwhile, earlier in the week on Wednesday 27 March, I noted no less than three RACQ LifeFlight Rescue helicopters flying in and out of the Fraser Coast region during a busy evening of medical evacuation flights.