Virgin Australia Boeing B737-800 VH-VUR Diverts from Mackay Airport due Storms - Plus an Extra Jetstar A320 Touches Down!

A massive storms rolled through Mackay during the morning on Wednesday 6 March, dumping torrential rain and producing lightning strikes that shut down airside operations at Mackay Airport for a period of time.

One flight that was affected by the storm was the late morning Virgin Australia VOZ605 service from Brisbane.  It was operated by Boeing B737-800 VH-VUR and after a period of holding North of Mackay, the flight diverted to Rockhampton Airport.  Local plane spotter 'IAD' was on hand to capture a few photos as it touched down at Rocky. 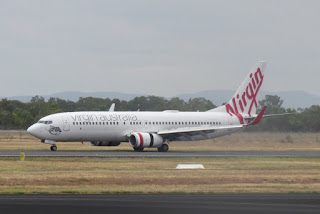 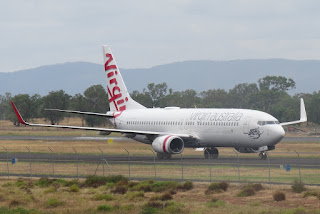 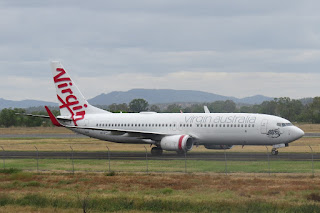 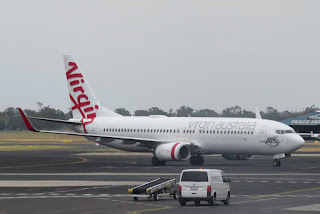 A little later, VH-VUR was noted departing back to Brisbane as VOZ605.

Then, during the afternoon on Wednesday 6 March, Virgin Australia Boeing B737-800 VH-YIA was then noted arriving into Mackay Airport from Brisbane as VOZ9533, most likely transporting the affected passengers from the morning flight up to Mackay.  It returned to Brisbane operating the delayed VOZ608 service.

I've heard that this 'additional' Jetstar flight could have been used to 'replace' a Qantas / QantasLink flight which would have been flown by a Cobham Aviation-operated Boeing B717-200 jet.

The Boeing B717-200s could be experiencing some maintenance issues at the moment with another flight substituted on Saturday 2 March - Alliance Airlines Fokker F-100 VH-UQB was noted completing a flight into Mackay Airport from and back to Brisbane as UTY1774/1775 - flight numbers similar to those operated by the B717-200s for QantasLink.

Indeed Alliance Airlines Fokker F-100s were noted operating a few other flights, mostly in and out of Townsville Airport, over the weekend which are usually operated by the B717-200s.