The local bushfire fighting efforts continued on Thursday 14 March and local plane spotter Samuel F popped out to Bundaberg Airport to capture some photos of the aerial firefighting helicopters and aircraft. 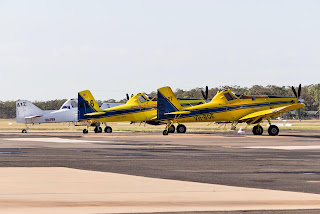 One of the helicopters in particular that caught his attention was newly registered McDermott Aviation / Heli-Lift Australia Eurocopter AS365N3 Dauphin N365JA "Helitack 439". 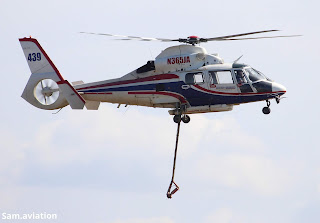 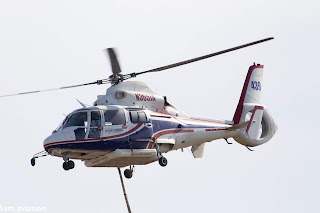 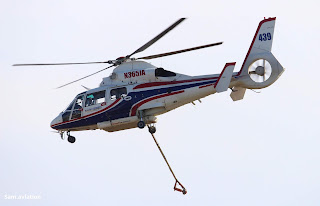 The Dauphin looked to come 'online' in February having previously operated in Japan as recently as October 2018 with the Kumamoto Disaster Prevention Firefighting Squadron as JA15KM.

Of the firefighting aircraft, Air Tractor AT-802 water-bombers VH-BQE "Bomber 427" of Kennedy Aviation at Gunnedah in New South Wales and VH-NFY of Meandarra Aerial Spraying "Bomber 426" continued to come and go regularly, refilling with water and departing to the fire-zone. 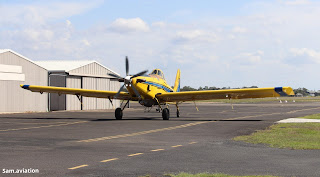 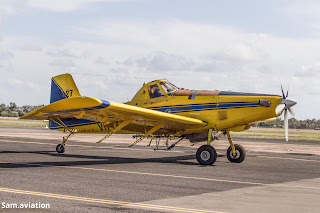 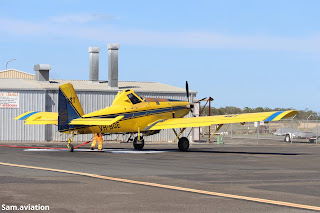 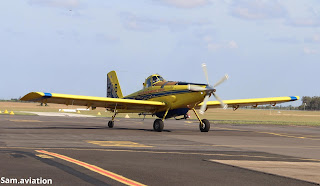 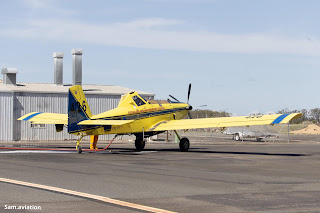 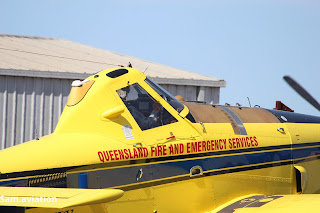 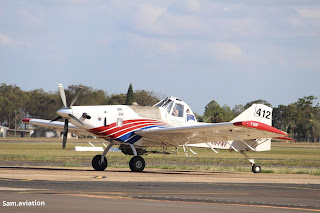 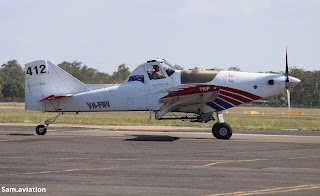 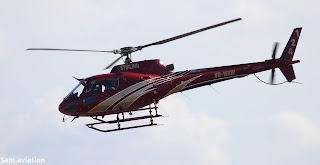 Over the course of this week, bushfires have flared up in both the nearby Woodgate and Goodwood areas although storms and rain that rolled through have also assisted firefighting efforts.