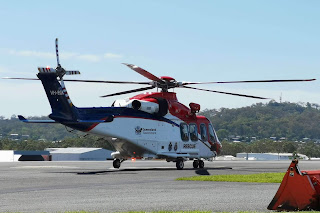 Local plane spotter Michael F was on hand at Gladstone Airport as VH-EGK called in for fuel.  It then departed further North to take on more fuel at Mackay Airport. 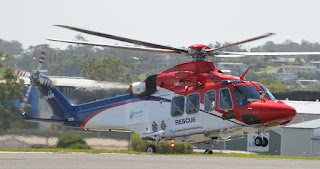 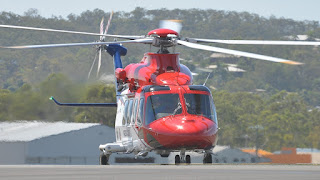 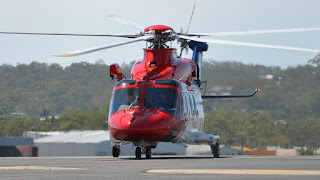 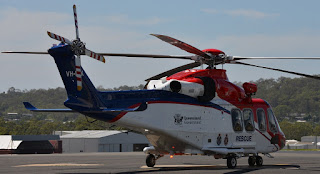 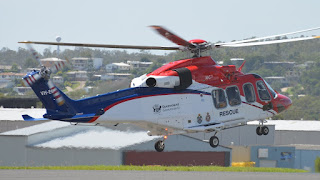 VH-EGK was then spotted arriving into Townsville Airport where it is reportedly due to take up operations at the local base alongside Agusta AW139 VH-ESH and Bell 412 VH-ESD.  QGAir Rescue also flew Helicorp (Toll Helicopters) Bell Helicopter Textron 412EP VH-LWI from their Townsville base during the summer storm season however it ferried to Redcliffe on Friday 29 March - see Blog post below. 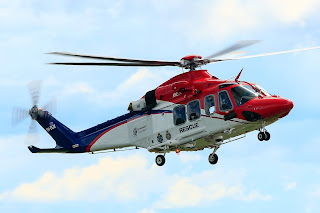 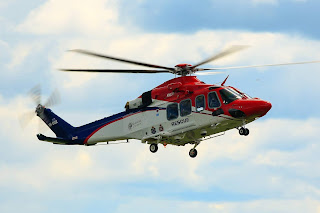 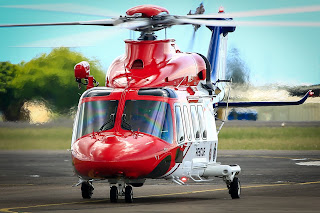 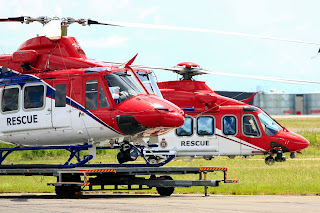 Of interest, it appears that VH-ESH ventured down to Mackay Airport in the wee small hours of Sunday 31 March operating as "Rescue 521".

As mentioned, VH-EGK is one of two new Leonardo AW139 helicopters - the other is VH-EGF - that were registered and delivered to QGAir at the end of last year.  The two helicopters have undergone modification and fitting out at Caloundra Airport on the Sunshine Coast prior to entering service.

Sincere thanks to the local plane spotters for taking the time to capture and send through these great photos of a great first-time visitor to CQ!

Photos taken by Michael Fleetwood and Leroy  ©
Posted by Damian F at 7:25 PM