As mentioned below, as the sun was setting on Friday 22 March, Machjet (Machjet International) Cessna 525 Citation CJ1 bizjet VH-SIY called into Rockhampton Airport from its Sunshine Coast base.  Local photographer Russell P was on hand to capture some great photos as the sleek little Citation touched down at the beef capital and parked on the Rockhampton Airport apron. 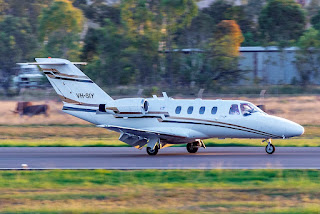 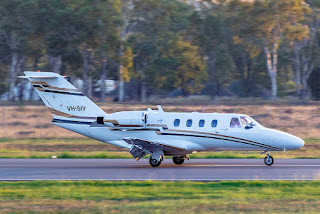 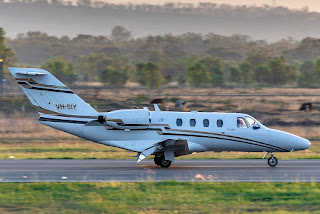 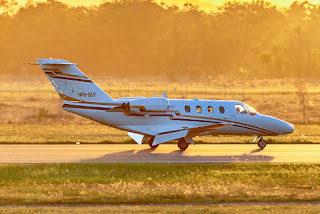 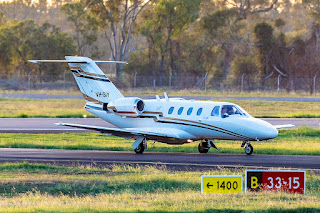 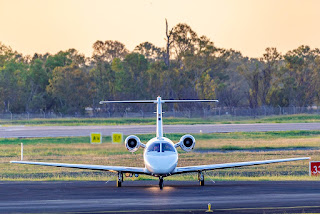 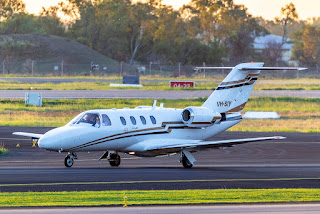 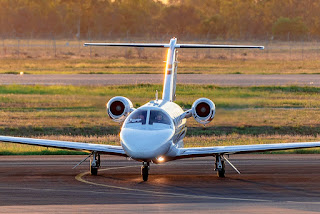 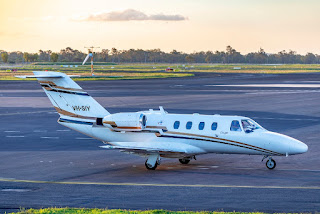 It was reported that VH-SIY looked to be operating a medical evacuation flight and research reveals that Machjet has recently been awarded a contract to operate long-distance med-evac flights on behalf of Queensland Health.  Machjet will also operate Cessna 525A Citation CJ2 bizjet VH-ZIY on med-evac flights having been re-configured from the standard corporate interior layout. 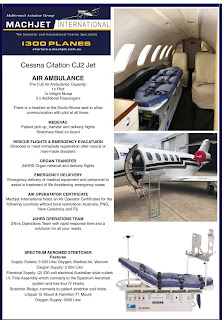 Then, after dark on Saturday 23 March, VH-SIY was back in the air and back in CQ calling into Longreach Airport from the Sunshine Coast.  It then departed to Julia Creek and Townsville.  VH-SIY again looked to be operating a medical evacuation flight.

All photos taken by Russell Prothero  ©
Posted by Damian F at 11:19 AM