It flew up from and later returned to its 'home' at RAAF Base Williamtown in New South Wales.

Soon after, RAAF Airbus A330-203 / KC-30A Multi Role Tanker Transport (MRTT) A39-001 was spotted climbing out of Rockhampton Airport after it completed a missed approach. 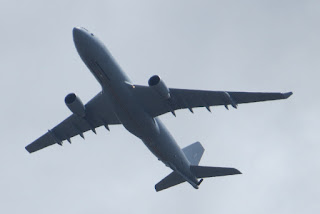 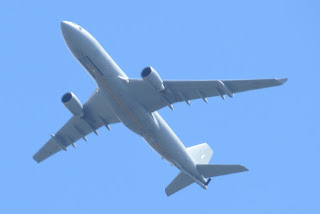 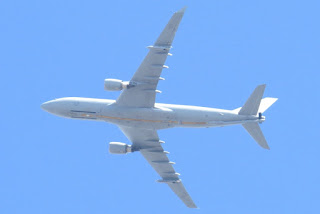 The KC-30A was flying as "Dragon 36" and looked to call into Rockhampton from the North - it had appeared to 'follow' the Wedgetail up through inland Queensland.

After completing the airwork at Rockhampton Airport, A39-001 departed to RAAF Base Amberley.

All photos taken by Kayanne Hardsman  ©
Posted by Damian F at 8:03 PM