Photographed making another visit to Mackay Airport on Tuesday 26 March was Jetstar Airways Airbus A320 VH-VQK which is adorned in stickers promoting Launceston in Tasmania as a tourist destination. 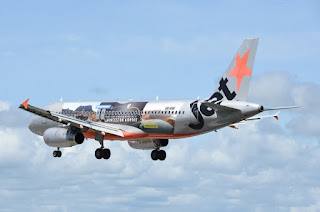 VH-VQK once again operated the scheduled JST886/887 service from and back to Brisbane.  It has done so a few times since emerging from hangar in this striking livery two weeks ago.

VH-VQK emerged from the maintenance hangar at Brisbane and was officially unveiled at Launceston Airport on its first day of operation on Wednesday 13 March.

Four of Tasmania’s most iconic destinations have been applied to both sides of the A320 that will fly throughout Australia and overseas for the next four-and-a-half months.  Cradle Mountain, Wineglass Bay, Cataract Gorge and the Bay of Fires are featured on the livery of VH-VQK. 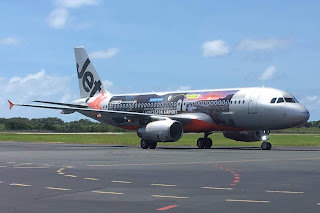 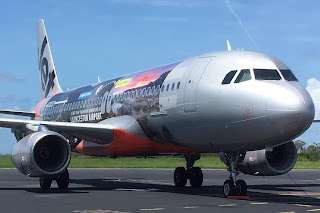 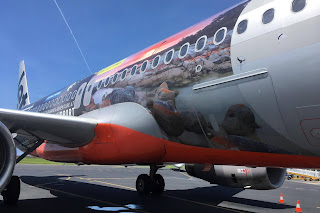 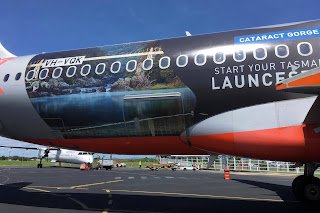 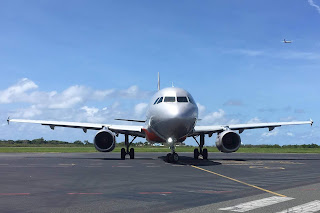 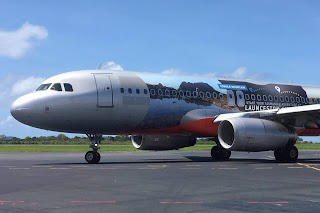 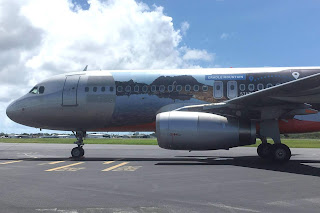 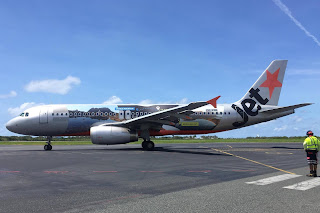 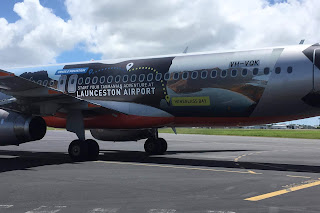 The scenic images, which will be featured on the plane until the end of July, have also been emblazoned on tray tables and overhead lockers.  The promotion is designed to encourage visitors to fly into Tasmania via the North.

Sincere thanks to local plane spotter ‘JM’ for taking the time to capture and send through these great photos of a great visitor to CQ!