During the afternoon on Saturday 9 March, RACQ LifeFlight Agusta Westland AW139 helicopter VH-XIL was noted arriving into Gladstone Airport, flying up from Brisbane as "Rescue 533".


After around half-an-hour on the ground, VH-XIL returned to Brisbane.

Meanwhile, over the last few days, a couple of other interesting locally-based helicopters have been spotted operating out of Gladstone Airport. 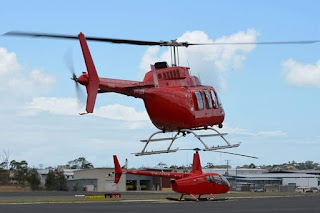 Bright red M.I. Helicopters (of Roma) Bell Helicopter Textron 206L-3 VH-JZN was photographed along with fellow bright red Robinson R66 which is owned by Ansett Aviation (Western Australia) but operated locally with Marine Helicopter Charters on transfer flights to Heron Island and on other flights. 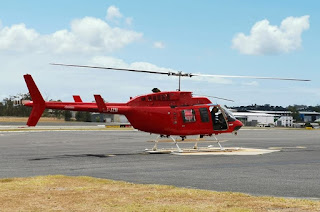 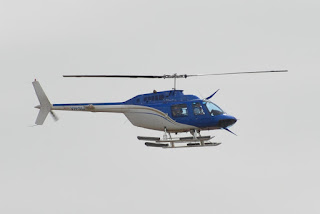 Some great helicopter action Gladstone Airport - sincere thanks to the local plane spotter Michael F for taking the time to capture and send through these great photos!