As we posted late last month on Sunday 28 April, American-registered De Havilland DHC-6-300 Twin Otter (converted) N331AR arrived into Rockhampton Airport from Cairns.  It had arrived into Cairns from Honiara in the Solomon Islands the previous day. 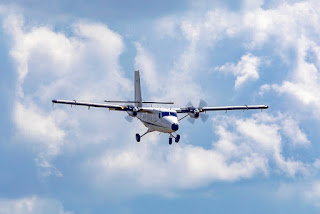 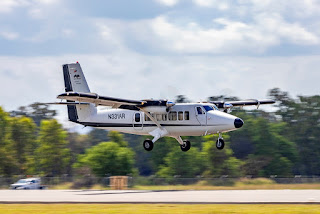 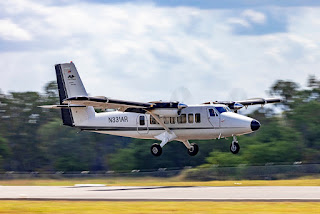 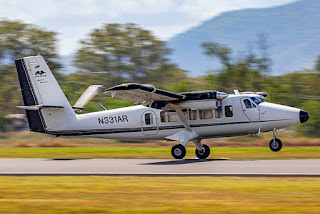 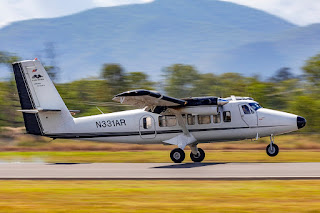 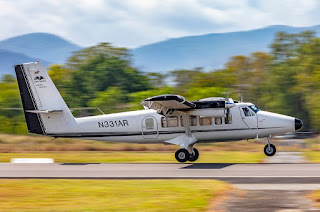 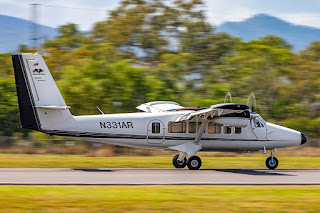 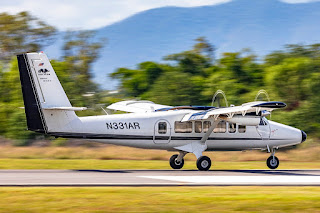 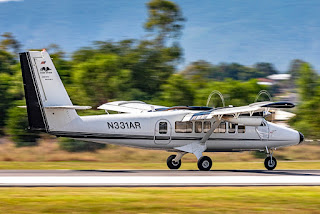 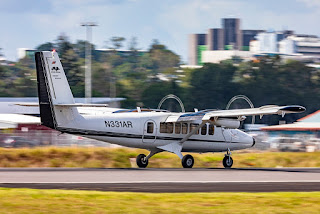 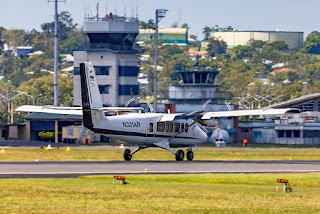 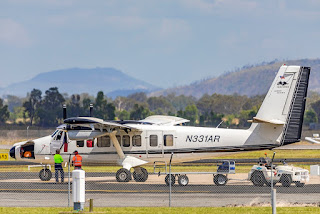 It was speculated at the time that N331AR was in the region to operate aerial survey flights with the Twin Otter having been previously photographed with various camera and/or sensor pod equipment fitted.

This week, N331AR has been noted completing four-plus hour flights from and back to Rockhampton Airport with flight tracking websites showing that it has completed extensive aerial surveying over the Shoalwater Bay Training Area (SWBTA) including Stanage Bay.

Of interest, the 1972-built aircraft is owned by Twin Otter International in the United States of America and features the distinct Twin Otter VistaLiner conversion with an upgraded fuselage and huge passenger viewing windows.

Sincere thanks to local plane spotter Russell P for taking the time to capture and send through these great photos of a great little visitor to Rockhampton Airport!

All photos taken by Russell Prothero  ©
Posted by Damian F at 4:32 PM