During the early evening on Monday 27 May, Australian Army Boeing CH-47F 'Foxtrot' Chinook helicopter A15-305 was spotted on the ground at Mackay Airport.  It appears to have arrived from Townsville via airwork around the Proserpine (Whitsunday Coast) Airport. 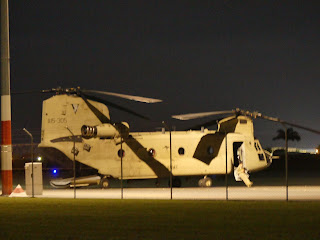 After a short time on the ground, A15-305 departed Mackay Airport for the North - presumably heading back to Townsville.