On Friday 31 May, Greensill Capital (Isle Of Man) Ltd Dassault Falcon 7X bizjet M-GGBL was photographed by local plane spotter Dan B soon after it arrived into Bundaberg Airport.  It looked to arrive from Brisbane after arriving from overseas only hours earlier. 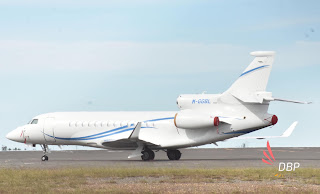 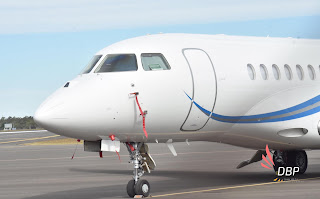 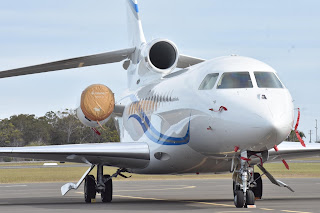 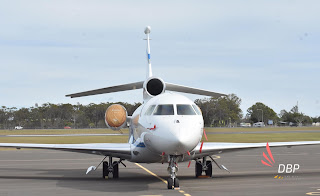 This is the second visit by the sleek looking bizjet this year with it also spending some time in the Rum City in late February.

At the time of writing, it appears that M-GGBL is staying at Bundaberg Airport for at least the night.

Meanwhile, also noted visiting Bundaberg Airport also on Friday 31 May was Vanderfield Pilatus PC-12/47 VH-WPH which arrived from its Toowoomba base via Gympie.  It then departed to Emerald Airport before later visiting Roma and Saint George before returning to Toowoomba.

While Flanagan Aviation (New South Wales) Beech 95-B55 Baron VH-EUZ visited from its Lismore base.

Finally, down at Hervey Bay (Fraser Coast) Airport, also on Friday 31 May, the Queensland Police Service (Airwing) (State of Queensland) Cessna 560 Citation Ultra bizjet VH-PSU visited once again from its Brisbane base.  It also visited Hervey Bay Airport on Wednesday 29 May - see Blog post below.