An interesting and certainly most welcome visitor into Central Queensland this week in the form of Paspaley Pearling Grumman G-73AT Turbo Mallard VH-PPT which touched down at Longreach Airport during the afternoon on Tuesday 14 May from Mount Isa.


VH-PPT was heard to be using the radio callsign of "Pearling 66" and is on a closed tourist charter flight from its Darwin base to the Rathmines Catalina Festival at Lake Macquarie in New South Wales.

After spending the night, on Wednesday 15 May, VH-PPT "Pearling 66" departed Longreach Airport and flew across to Hamilton Island Airport where it was again looking to spend the night.

UPDATE!  On Thursday 16 May, VH-PPT departed Hamilton Island Airport and landed on the water at the Kingfisher Bay Resort on Fraser Island.  After dropping off its passengers, it appears that VH-PPT then positioned across to Hervey Bay (Fraser Coast) Airport for parking.

Of interest, the Rathmines Catalina Association Festival is due to take place at the spectacular Lake Macquarie on Sunday 19 May with an airshow, static Seaplanes on display and other live entertainment.  See more at:  https://www.rathminescatalinafestival.com/ 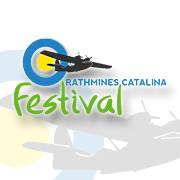 It appears too, that VH-PPT will return to Darwin over the same route - Fraser Island to Hamilton Island to Longreach - after the Festival is complete.

Meanwhile, Paspaley Pearling operates a fleet of three Grumman G-73AT Turbo Mallards from their Darwin Airport base, mostly servicing their Kimberley region-based pearling operations.  The Grumman G-73 Mallard was originally designed in 1944 with 59 aircraft built between 1946 and 1951. The G-73 was a step up from the smaller Goose and Widgeon aircraft having a larger passenger capacity, additional fuel in wingtip tanks, a double stepped hull, fully stressed skin and tricycle undercarriage.

The original Mallards were initially powered by Pratt and Whitney R-1340 radial engines.  During the 1960's though, the idea of re-engineering the aircraft produced the modified Frakes G-73T Turbo Mallard, powered by the Pratt & Whitney Canada PT6.

In a further model development, the three Grumman Mallards of Paspaley Pearling underwent the Pearl Aviation G-73AT Turbo Mallard program which saw a renewing of the airframe life and installation of new engine nacelles housing PT6A-34 turbine engines. The new turbines also drive 4 blade Hartzell propellers which improve performance of the aircraft both on water and when airborne. Additional modifications are constantly being implemented by Paspaley such as updated avionics and navigation systems.