An interesting visitor to arrive into Rockhampton Airport during the late afternoon on Tuesday 14 May was Corporate Air / Vee H Aviation SAAB 340B VH-VEM.  It was noted arriving from the Ballina / Byron Bay Gateway Airport. 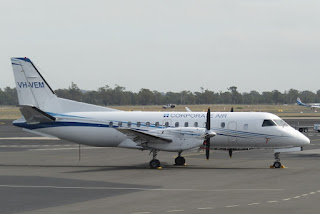 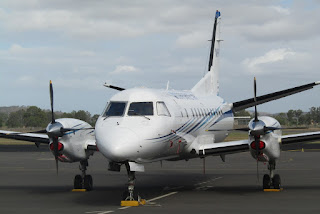 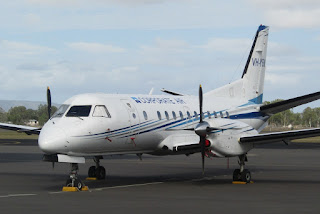 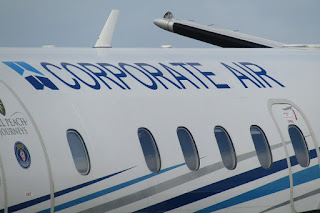 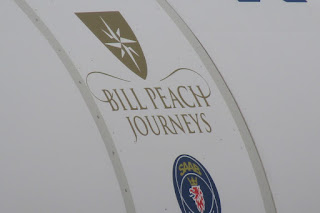 As shown in these great photos captured by local plane spotter Trevor H, the SAAB wears a sticker promoting the well known tour company 'Bill Peach Journeys' and it certainly appears that it is currently on a 15-day 'Circumnavigate Australia' tour.

After spending the night parked at Rocky, VH-VEM was noted departing Rockhampton Airport for Cairns on Wednesday 15 May.

Meanwhile, it's also worth noting that fellow Corporate Air / Vee H Aviation Cessna 441 Conquest VH-VEJ continues to work hard in parts of CQ, calling into various large and small Airports.  On Tuesday 14 May, it was noted arriving into Bowen Airport from Brisbane and later flew back South/

All photos taken by Trevor Hardsman  ©
Posted by Damian F at 9:30 PM