The fourth of 10 QantasLink Dash-8-Q400 Next Gen turboprops has emerged from the paint-shop this week looking resplendent after being re-painted into the new Qantas 'Silver-Roo' colour scheme. 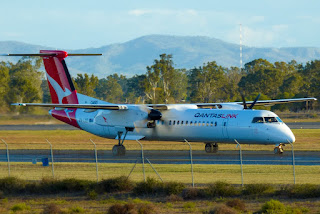 On Monday 13 May, VH-LQD emerged from the Flying Colours paint-shop in Townsville, and after flying to Cairns, made its first visit into Central Queensland.  It was noted calling into Hamilton Island Airport on the QLK2503/2504 scheduled service from and back to Cairns.

Over the course of the week, VH-LQD then operated from both Cairns and Townsville before it ventured South to Brisbane out of via Mackay Airport on Friday 17 May.  VH-LQD was then spotted on Sunday 19 May visiting Rockhampton Airport as it completed the QLK2358/2359 scheduled service from and back to Brisbane. 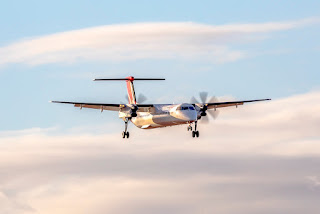 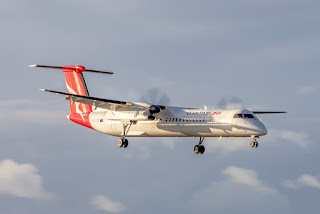 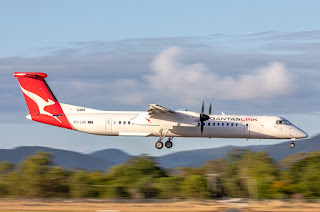 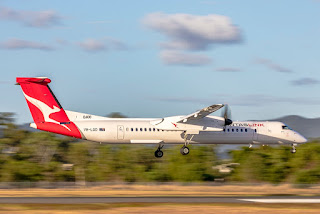 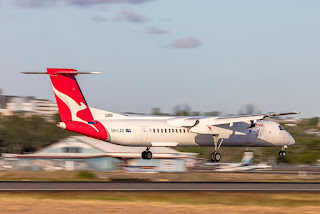 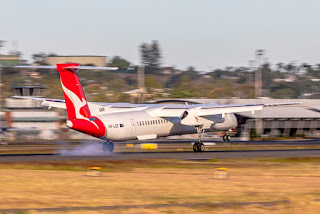 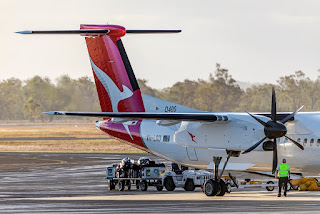 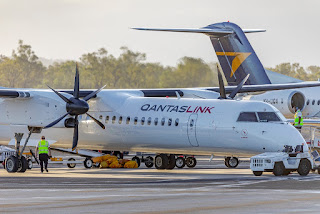 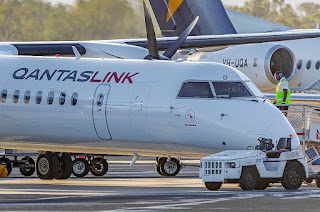 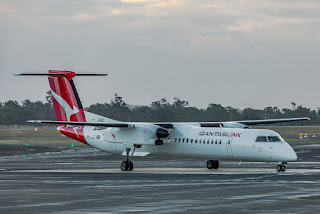 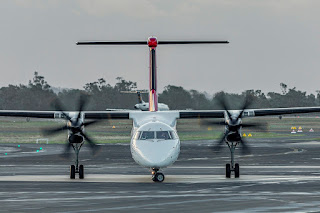 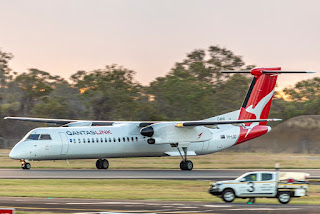 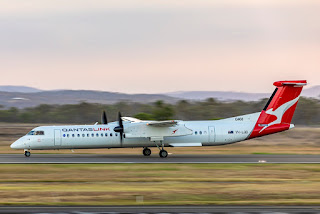 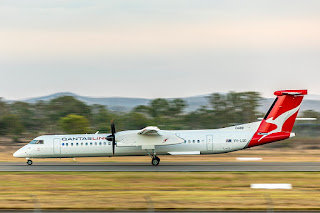 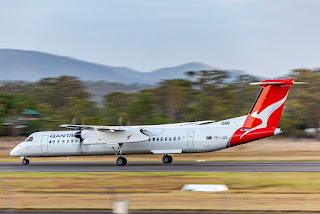 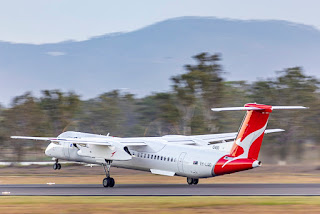 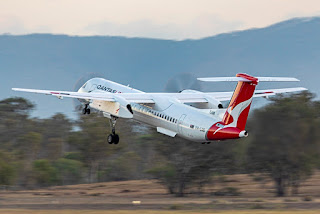 As shown above, VH-LQD has now been named 'Sunbury' having been previously name 'City of Great Geraldton' since delivery to QantasLink in 2011.  VH-LQD was only just photographed in March still wearing the 2007-style 'new roo' colour scheme - as shown below.


As mentioned, VH-LQD is the fourth Dash-8-Q400 Next Gen, joining VH-LQL, VH-LQH and VH-LQF as the current aircraft to be re-painted in the new and updated Qantas livery and kangaroo logo.  The 'Silver-Roo' livery was introduced to coincide with the introduction the Boeing B787 Dreamliner into service with the airline in 2017.

It now appears that fellow Dash-8-Q400 Next Gen VH-LQB is now in the paint-shop at Townsville and is expected to emerge next week in the new Qantas/QantasLink livery.