Certainly a great surprise on Friday 17 May for David G of Maryborough Aviation Services who sends us some fantastic photos he captured at Gaydnah Aerodrome as the Jetworks Display Team were visiting in their ex RSAF SIAI Marchetti S.211 jet training aircraft VH-DZJ and VH-SGB. 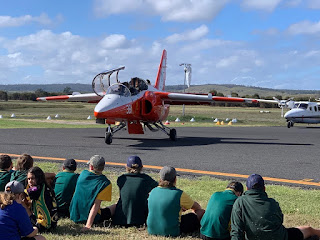 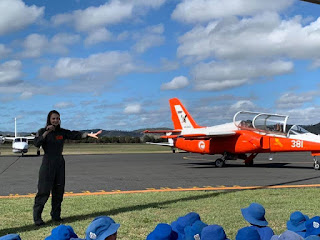 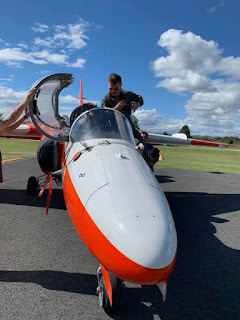 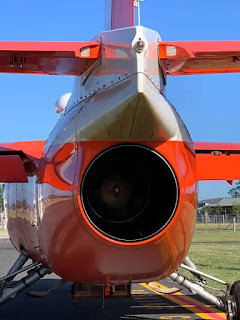 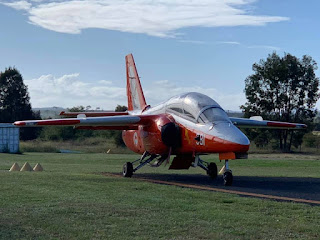 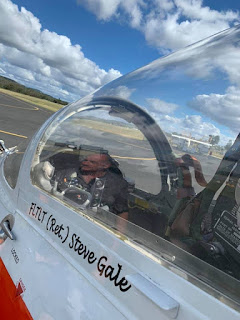 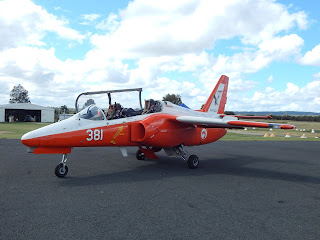 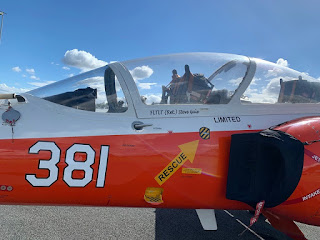 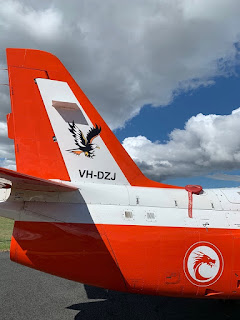 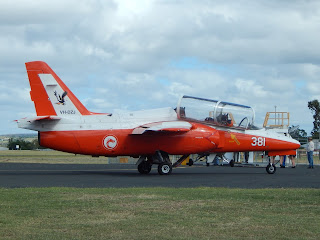 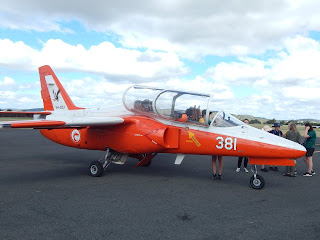 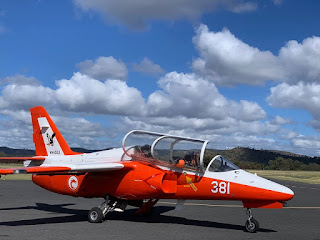 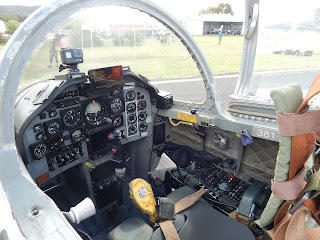 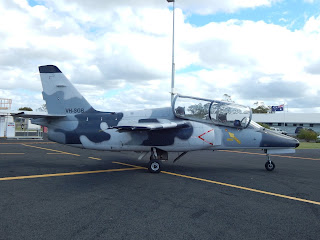 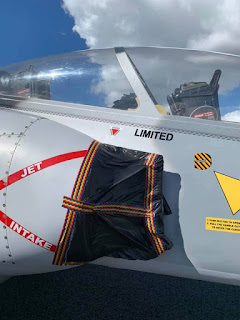 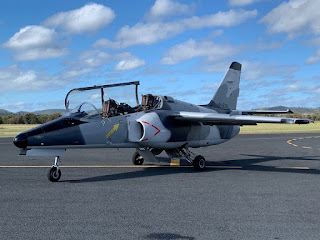 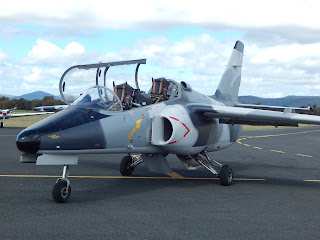 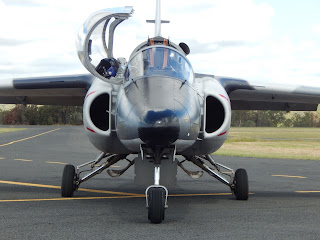 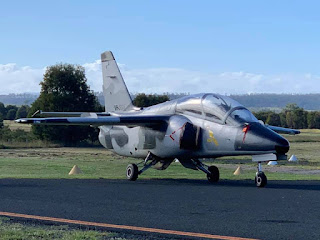 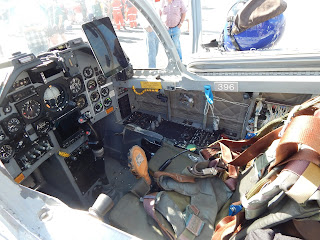 The Jetworks Display Team comprises of 2 x SIAI-Marchetti S.211 jet trainers flying as a Syncro Pair and are flown by ex-RAAF Engineer Steve Gale and ex-RAAF Pilot and Roulettes Leader Steve Baker.  An engineer for the team reportedly comes from Gayndah hence the reason for the visit and for the overnight stay!


Both Marchettis were due to depart Gayndah Aerodrome on Saturday 18 May for Toowoomba where they are attending the annual David Hack Classic Meet at Toowoomba Airport which will be held on Sunday 19 May.

Both VH-DZJ and VH-SGB were part of 20 former Republic of Singapore Air Force (RSAF) jet training aircraft that were operated out of RAAF Base Pearce in Western Australia.  VH-DZJ wore the serial number '381' while VH-SGB was '396' and they were both retired from service with the RSAF in mid-to-late 2009.

I captured '381' amongst the other Marchettis in early 2010 after it was placed in storage at Jandakot Airport near Perth in early 2010.

Of interest, pilot trainees from the RSAF now complete basic flying training on Pilatus PC-21 training aircraft still out of RAAF Base Pearce.

Sincere thanks to both David G and to Dael G for capturing and sending through these great photos of a great pair of little jets!