On Monday 20 May, the Royal Australian Air Force (RAAF) Search and Rescue (SAR) Bell 412EP helicopter VH-VAB which arrived into Rockhampton Airport the previous day, took to air, reportedly commencing a support role for the joint Military Exercise Southern Jackaroo which kicked off in the nearby Shoalwater Bay Training Area also on Monday. 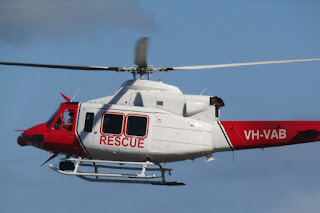 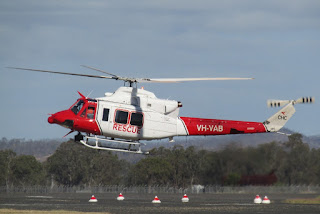 VH-VAB was again heard to be using the RAAF radio callsign of "Rescue 82" and completed a flight to The Glen Airfield within the Shoalwater Bay Training Area (SWBTA) and back before completing winching training back at Rockhampton Airport. 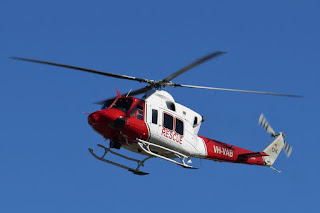 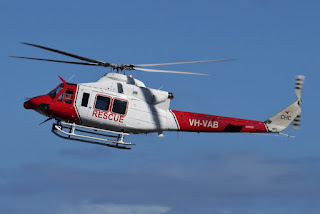 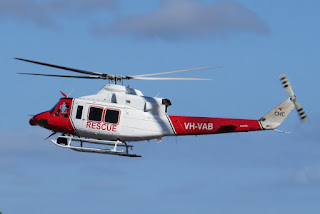 Finally, of interest, the Bell 412EP VH-VAB is owned by Lloyd Helicopters and operated by CHC Helicopters Australia and spent many years operating as Victorian Air Ambulance Helimed 1 HEMS 2 based at the Latrobe Valley Airport in Traralgon, Victoria.