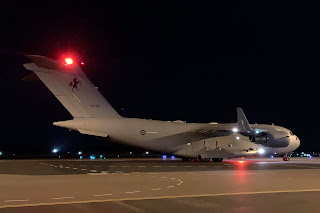 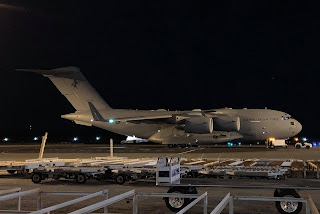 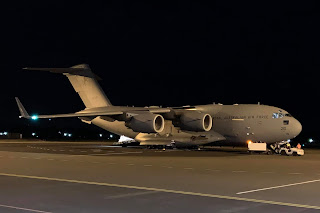 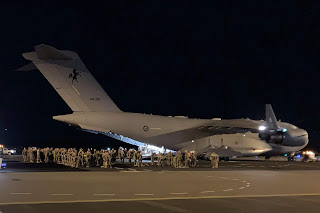 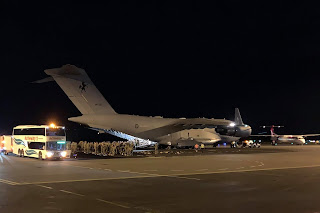 This is the second time this week that the C-17 has visited Rocky from Darwin and like its visit at the start of the week, it appeared to bring another load of American troops and equipment to town for an Exercise in the nearby Shoalwater Bay Training Area (SWBTA).

After spending the night, on Thursday 16 May, A41-210 departed Rockhampton Airport for Darwin again as "Stallion 20". 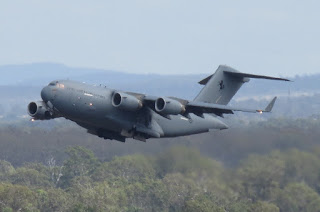 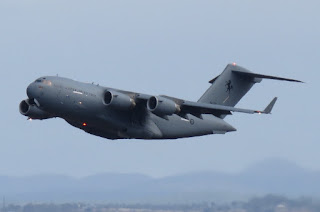 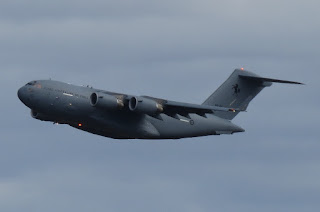 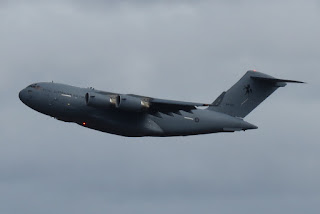 It appears that the C-17 is then due back into Rockhampton Airport again from Darwin and again as "Stallion 20" later on Thursday 16 May with one more load of American troops.

UPDATE!  A41-210 didn't stay this time and has since departed Rockhampton Airport heading North-West presumably back to Darwin once again as "Stallion 20".

Sincere thanks to the local plane spotters for taking the time to capture and send through these great photos and videos!

Photos and video taken by 'IAD' and Kayanne Hardsmann  ©
Posted by Damian F at 5:36 PM