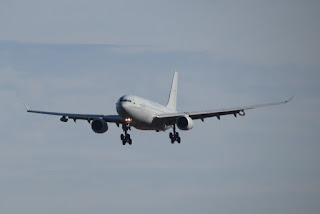 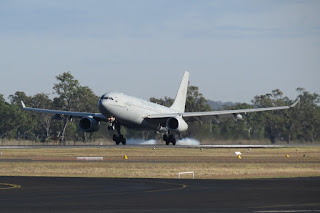 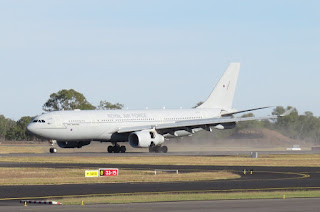 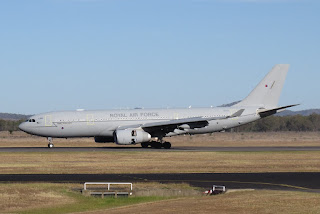 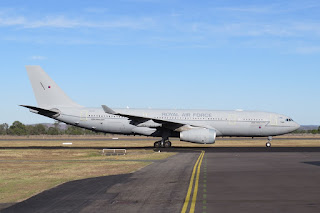 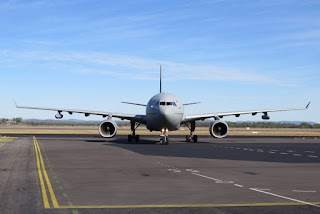 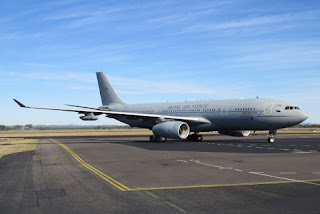 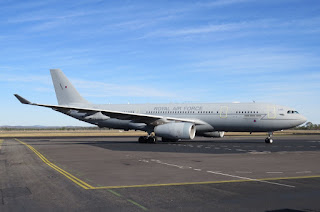 After arriving and parking at Gate 6 on the Southern end of the Rockhampton Airport parking apron, ZZ338 was unloaded and looked like it was being prepared for an overnight stay. 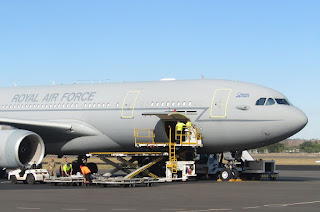 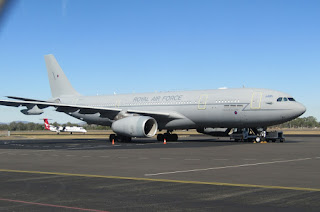 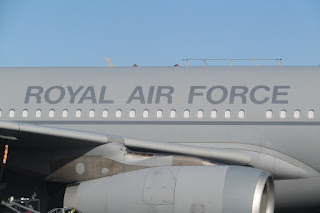 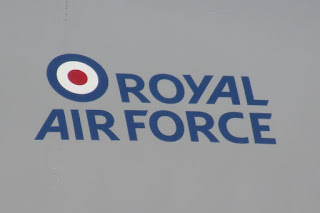 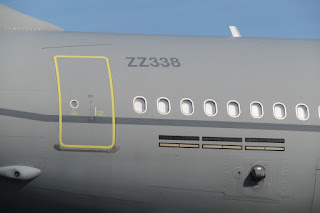 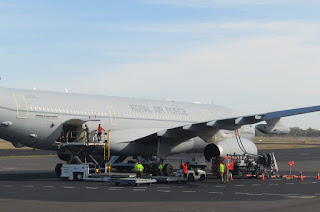 It is believed that the No. 10 Squadron operated RAF Voyager is in the beef capital to pick up troops for further transport and should depart Rockhampton Airport early on Thursday 30 May.

Sincere thanks to local plane spotters ‘IAD’ and Trevor H for taking the time to capture and send through these great photos!

Photos taken by ‘IAD’ and Trevor Hardsman  ©
Posted by Damian F at 5:27 PM