On Tuesday 7 May, there were also a couple nice Royal Australian Air Force (RAAF) aircraft to also be spotted and noted also completing airwork also at Rockhampton Airport.

During the latter part of the morning, RAAF Boeing P-8A Poseidon Maritime Surveillance Aircraft A47-002 was back in CQ flying down from Townsville and spotted completing a missed approach at Rockhampton Airport.  It was heard to be using the radio callsign of "Mariner 11". 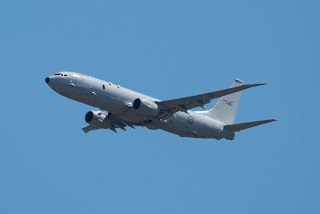 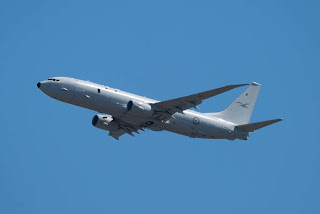 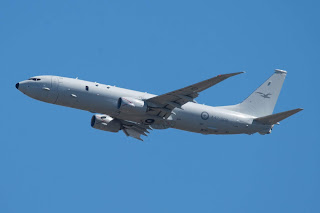 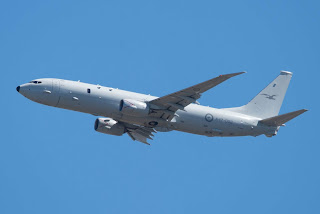 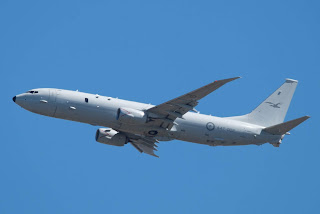 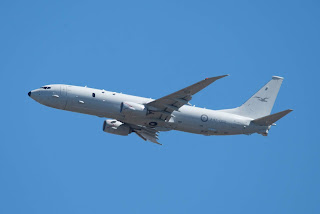 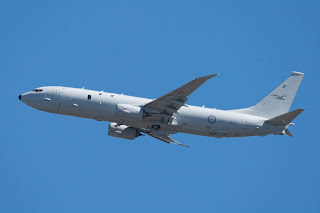 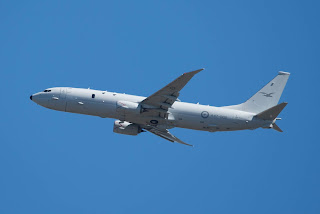 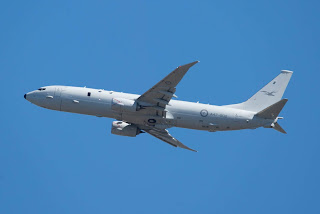 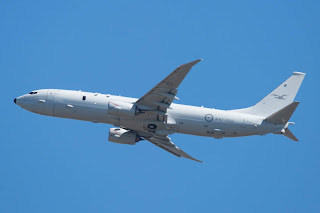 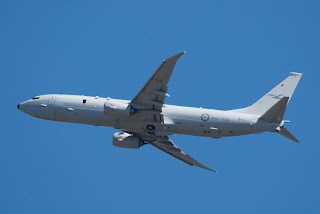 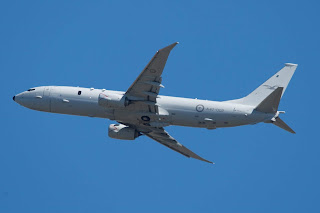 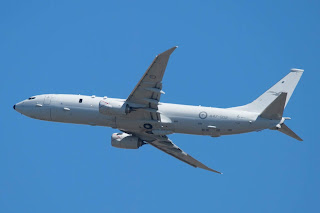 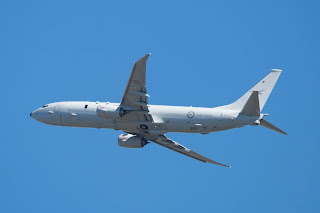 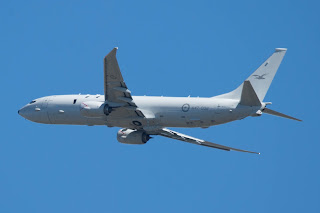 It then looked to fly south and eventually return to its home at RAAF Base Edinburgh.

A47-002 flew North on Monday 6 May with it looking to complete airwork at Hamilton Island Airport while heading up to its overnight stay at Townsville - see Blog post below.

It looked to fly up from its home at RAAF Base Williamtown near Newcastle and was heard to be using the radio callsign of "Wedgetail 24".

After completing several missed approaches at Rockhampton Airport, A30-005 returned to the south.

Finally, also on Tuesday 7 May, Australian Army NH Industries MRH-90 Multi-Role Helicopter A40-028 was noted visiting Proserpine (Whitsunday Coast) Airport as "Warhorse 3". It flew down from and later returned to its Townsville base.

UPDATE!  As this post is being prepared, another MRH-90 A40-028 "Destrier 127" was also noted visiting Proserpine (Whitsunday Coast) flying from and back to Townsville.  While A40-040 was noted flying around Townsville as "Chainsaw 11".


Sincere thanks again to the local plane spotters for send through these great photos!