Presumably arriving into Rockhampton to provide support for the joint Military Exercise Southern Jackaroo which is due to start in the nearby Shaolwater Bay Training Area (SWBTA) this week, on Sunday 19 May, Royal Australian Air Force (RAAF) Search and Rescue (SAR) Bell 412EP helicopter VH-VAB was spotted on the ground at Rockhampton Airport after completing a three-day flight from Darwin in the Northern Territory. 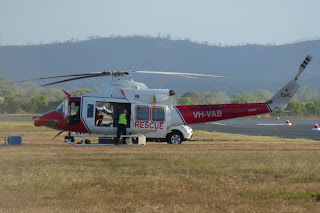 VH-VAB arrived from Darwin via stops at RAAF Base Tindal (Katherine), Borroloola, Mount Isa and Clermont Aerodrome (where I sadly missed it!).  It was heard to be using the radio callsign of "Rescue 82" during its ferry flight. 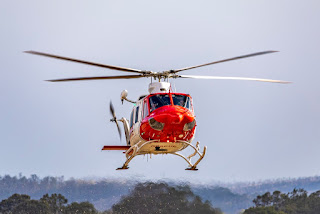 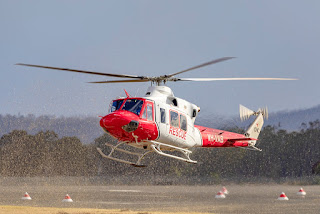 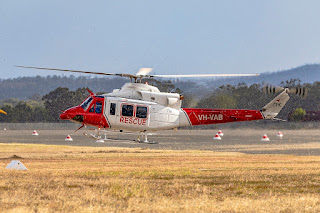 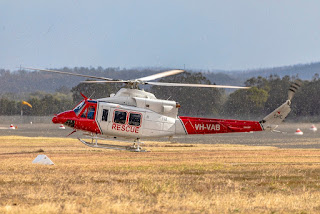 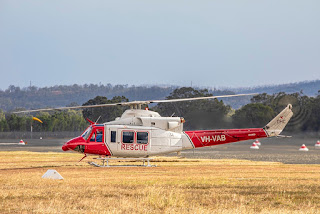 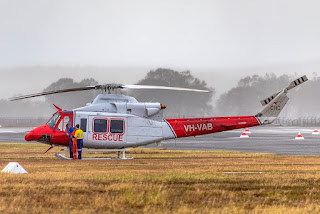 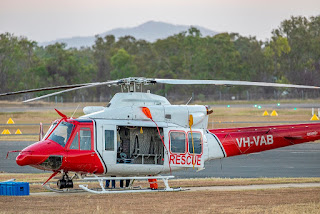 Elements of the Australian Army, United States Marine Corps (USMC) and British Army Gurkhas are reportedly kicking off war-games in the Shoalwater Bay Training Area (SWBTA) this week as a part of Exercise Southern Jackaroo.

Of interest, the Bell 412EP VH-VAB is owned by Lloyd Helicopters and operated by CHC Helicopters Australia and spent many years operating as Victorian Air Ambulance Helimed 1 HEMS 2 based at the Latrobe Valley Airport in Traralgon, Victoria.  In Early 2016, it was retired as an air ambulance and its titles were replaced RAAF Rescue titles.  VH-VAB then moved to RAAF Base East Sale and has previously been noted travelling with The Roulettes when they display around Australia, replacing Sikorsky S-76A VH-LHN at East Sale.

Sincere thanks to local plane spotters Jaxson W and Russell P for taking the time to capture and send through these great photos!