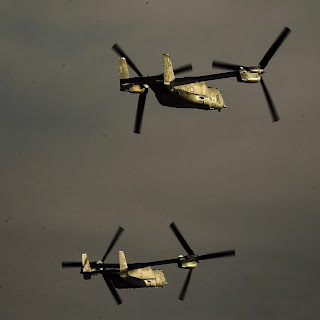 During both visits in the late morning and late afternoon, both Ospreys flew together down from Townsville and looked to complete some familiarisation exercises before landing in the DSU and taking on fuel.  After the refuel, both Ospreys returned to Townsville via airwork around the Shoalwater Bay Training Area (SWBTA).

There are four USMC Ospreys that have arrived into Townsville in recent days with their visit believed to be in support of the joint Military Exercise Southern Jackaroo which is one of three Exercises seemingly currently underway within the Shoalwater Bay Training Area (SWBTA). 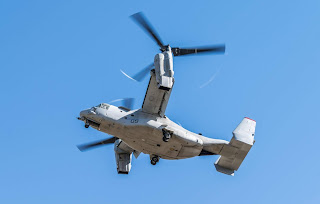 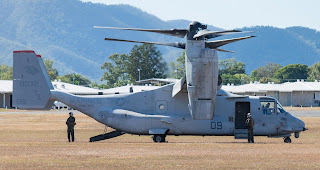 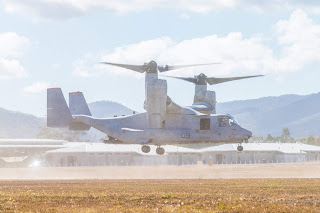 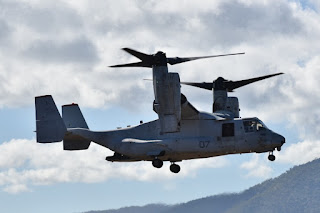 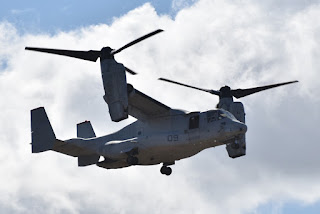 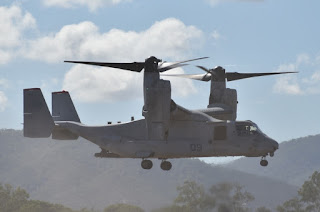 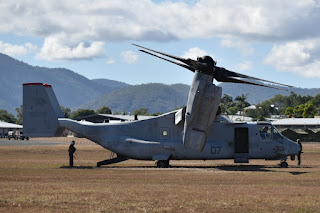 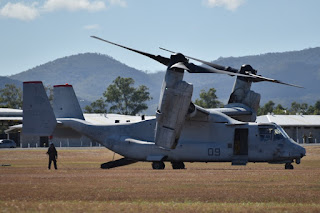 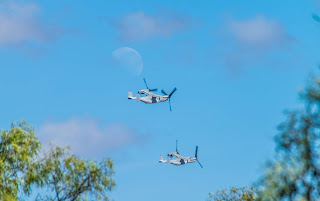 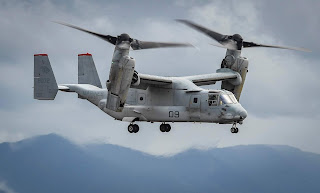 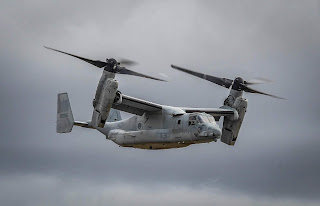 The two Ospreys made a spectacular arrival into the DSU near Rockhampton Airport just on dusk. 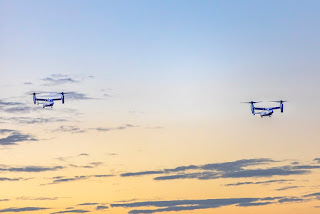 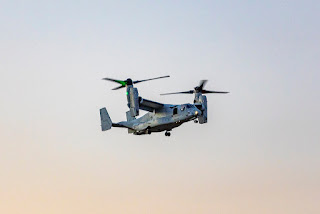 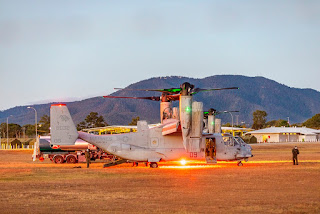 They then made an even more spectacular departure from the DSU back to Townsville, again via Shoalwater Bay, after dark as "Skytrain 18". 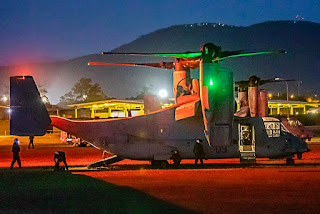 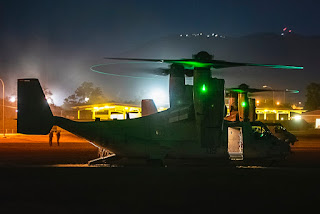 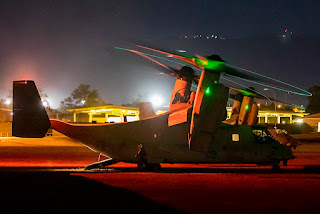 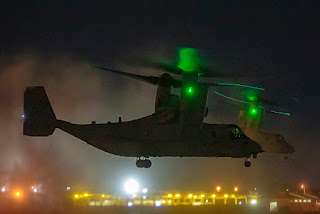 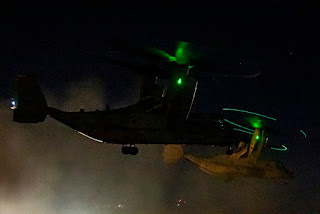 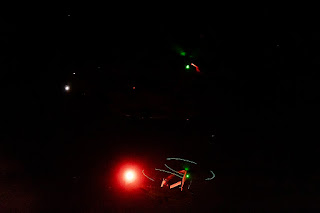 The Ospreys are of the Marine Medium Tiltrotor Squadron 363 (VMM-363) ‘Lucky Red Lions’ which have been deployed to Darwin recently as a part of the 8th Marine Rotational Force Darwin (MRF-D).  Several MV-22B Ospreys, along with Bell  UH/AH-1 helicopters, arrived in Darwin via ship before being flown the short distance to RAAF Base Darwin. 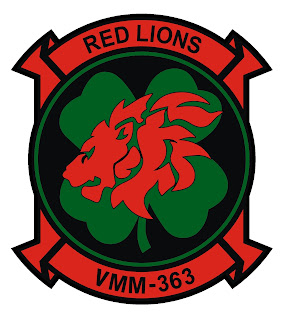 Sincere thanks to all the local plane spotters for allowing us to share their great photos and videos of a great couple of visitors to Townsville and Rockhampton!  We can't wait to see what the next few weeks brings!