On Sunday 5 May, Brisbane-based Teys Australia Cessna 525 Citation CJ2 bizjet VH-TEY was spotted passing through Longreach Airport.  It arrived from its Archerfield base and was photographed as it departed to Julia Creek. 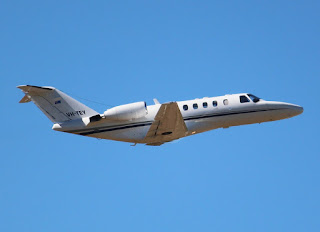 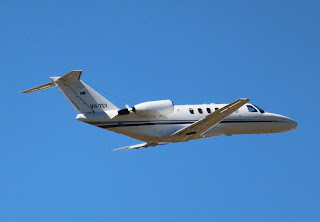 VH-TEY is expected to return to Archerfield later on Sunday 5 May.

Meanwhile, also noted visiting Longreach Airport also on Sunday 5 May was the familiar sight of Gulf Coast Aviation Cessna 510 Citation Mustang bizjet VH-KXM which arrived from Vanrook Station near Normanton and later departed to its Bankstown base.