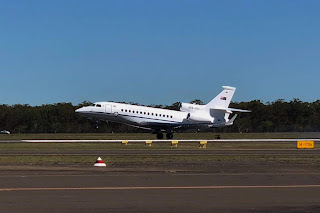 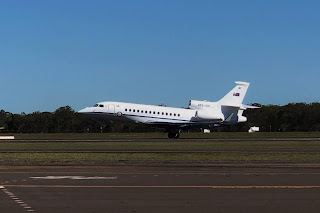 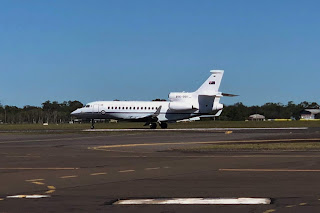 It looked to touch down in the Rum City from RAAF Base Amberley, having earlier flown up from its home at RAAF Base Fairbairn in Canberra.

After a short time on the ground, A56-001 departed Bundaberg Airport and returned direct to Canberra. It was heard using the radio callsign of "Regent 43".

Of interest A56-001 is the first of three leased Dassault Falcon 7X bizjets acquired to replace the three Bombardier Challenger 604 bizjets currently operated by 34 Squadron.  A56-001 arrived in Canberra from overseas in mid-April.

There has been a few recent 'visits' by RAAF P-8A Poseidon aircraft completing airwork at CQ Airports and it would be assumed that A47-002 will return to Edinburgh on Tuesday 7 May possibly via more.