After arriving into Rockhampton Airport in late April, and operating aerial survey flights over Shoalwater Bay and Bowen out of both Rockhampton and Mackay Airports throughout the month of May, the visiting American-registered De Havilland DHC-6-300 Twin Otter (converted) N331AR was noted departing Rockhampton Airport for Cairns on Monday 27 May seemingly at the end of its deployment. 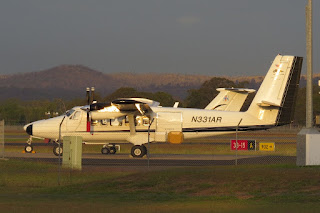 It appears to have completed its final aerial survey flight out of and back to Rockhampton Airport last Thursday 23 May.

N331AR was then photographed below departing Cairns for Honiara in the Solomon Islands on Tuesday 28 May on the first leg of its return flight back to the United States of America. 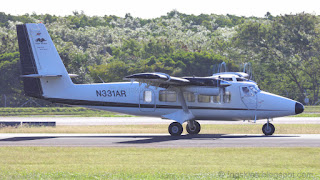 The 1972-built aircraft is owned by Twin Otter International in the United States of America and features the distinct Twin Otter VistaLiner conversion with an upgraded fuselage and huge passenger viewing windows.