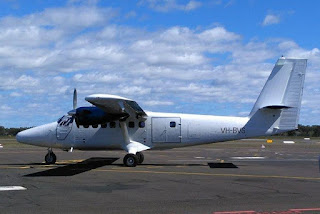 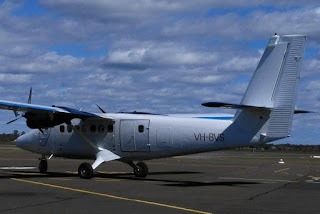 VH-BVS made its first visit to CQ in early July after being delivered to Seair / Istlecote in June.

The 'twotter' (MSN 90) has had an interesting history, recently being re-built by CJ Aerospace at Wagga Wagga in New South Wales after being left derelict in the mid-2000's following several years as a skydiving aircraft operating around Sydney as VH-OTA.  It had been reported that VH-BVS was to be delivered to Blue Wing Airline NV in Suriname however, I'm not 100% sure whether it ever left Australia.

VH-BVS is the second De Havilland DHC-6-100 Twin Otter that Seair / Istecote have acquired with VH-ZKF also noted to be making regular visits to Lady Eilliot Island and the Fraser Coast from their Gold Coast base.