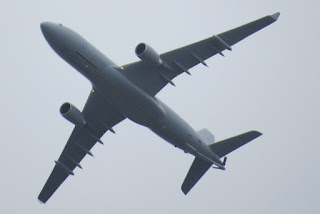 On Sunday 7 August, and for the second Sunday in a row, Royal Australian Air Force (RAAF) Airbus A330-203 / KC-30A (MRTT) A39-001 performed a missed approach at Rockhampton Airport. 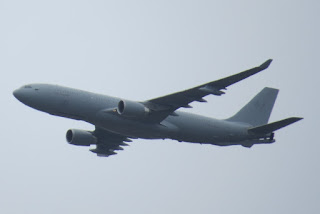 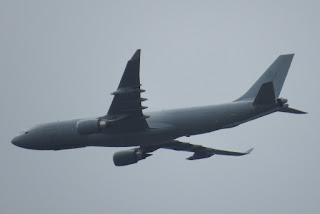 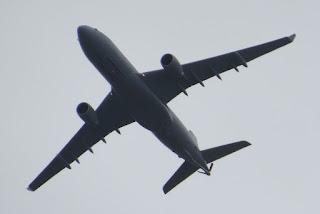 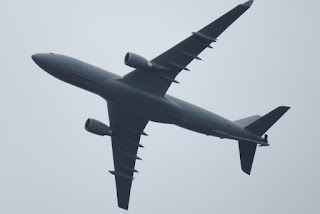 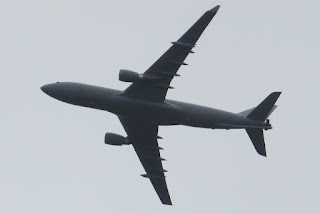 It again flew North from RAAF Base Amberley as "Dragon 27" and then continued North to Cairns where it also completed a missed approach.  A39-001 then flew South and landed at Townsville where it has been based during the week and is flying in support of the RAAF Exercise Pitch Black 2016.

All photos taken by Kayanne Hardsman  ©
Posted by Damian F at 8:28 PM