Cessna Citation Bizjets VH-CCJ and VH-CDG at Rockhampton and Bundaberg Airports - Plus More! 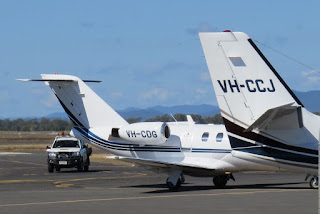 Local plane spotter 'IAD' was on hand as the familiar visitor to CQ touched down and parked in the designated 'corporate corner' on the General Aviation (GA) side of Rockhampton Airport. 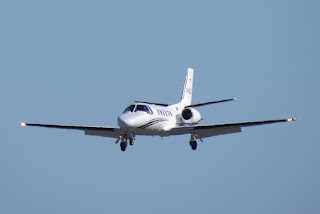 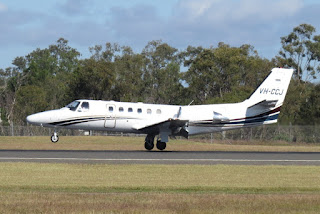 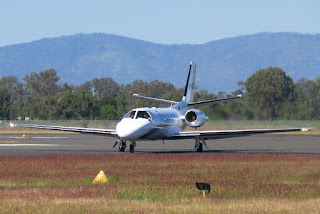 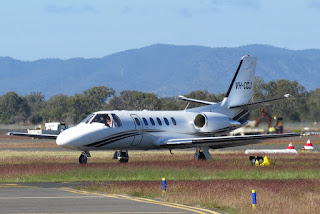 Joining VH-CCJ at Rockhampton Airport a little later in the morning on Thursday 11 August was Professional Jet Aviation Cessna 525 Citation CJ1 bizjet VH-CDG.  It flew North from its Gold Coast base and was also captured by 'IAD' as too parked in the 'corporate corner'. 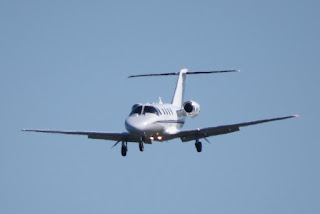 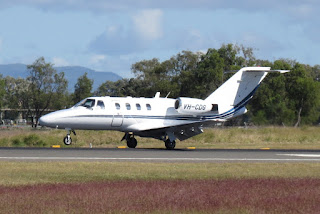 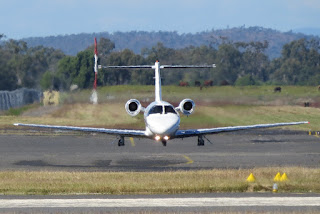 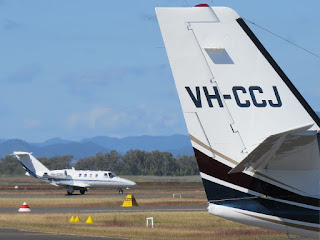 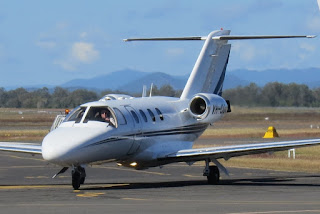 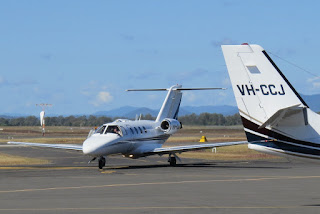 Just after lunch time, both VH-CCJ and VH-CDG departed Rocky for Bundaberg Airport.

Meanwhile, also believed to have called into Mackay, Rockhampton and Bundaberg Airports on Thursday 11 August was New Zealand Aerospace CT/4A training aircraft VH-DGY.  It looked to be flying South from Townsville - where it is pictured below undergoing maintenance last month - and was due to spend the night at Bundy. 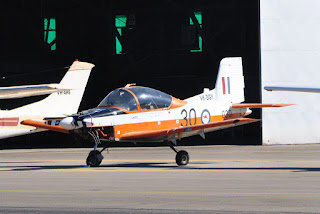 And calling into Bundaberg Airport from its Wagga Wagga base in New South Wales was SOCATA TBM-850 VH-PVM.  It later departed to Proserpine (Whitsunday Coast) Airport and Mount Isa.

While over the course of this week, Bundaberg Airport (and the Fraser Coast region) has again played host to several Becker Helicopters Bell 206s flying North from their Sunshine Coast base to complete airwork.  So far I have noted VH-NXC, VH-WCF, VH-NXV, VH-NXZ VH-NXW, VH-XJN and VH-XJQ as visiting.

Finally, a little earlier in the day on Thursday 11 August, fog around Rockhampton Airport caused Toll Freight Metro 23 VH-UZN - which was operating as TFX132 from Brisbane to Rocky - to divert to Gladstone Airport.  It later departed direct to Richmond and Mount Isa on the continuation of the TFX132 freight run.