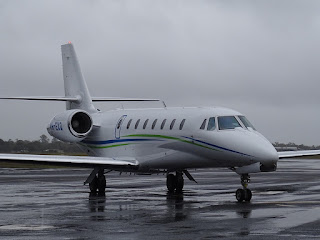 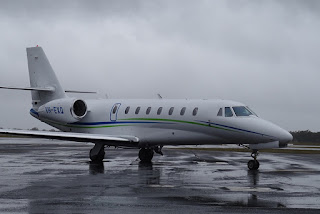 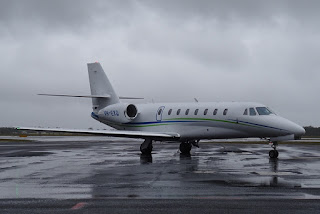 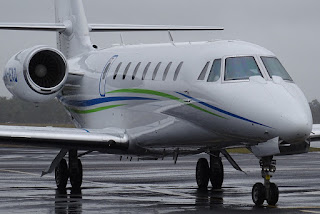 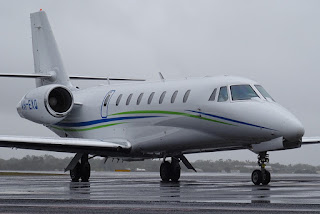 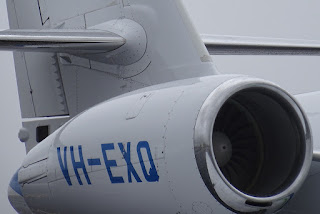 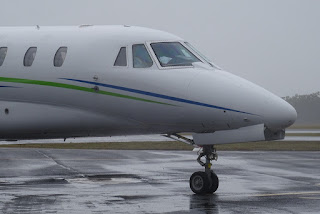 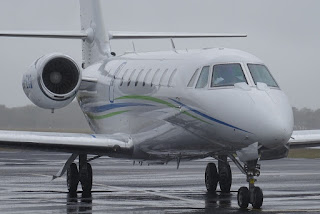 As we mentioned below, VH-EXQ looked to be operating a series of flights on Tuesday that ended in Townsville.  After visiting Bundy, VH-EXQ continued further North to Rockhampton and the Mackay Airports before then heading onward to Townsville.

Of interest, on Wednesday 3 August, VH-EXQ then flew directly from Townsville to the Sunshine Coast, before then continuing to Brisbane and Essendon on Thursday 4 August.

Sincere thanks to Micah for taking the time to capture - in short and sharp rain showers mind you - and then send these great photos of a great bizjet visitor to Bundaberg Airport and CQ!