On Tuesday 23 August, the triangulation pattern of operations at various Central Queensland Airports that Virgin Australia are currently operating continued with Boeing B737-800 VH-YFF captured arriving into Gladstone Airport from Rockhampton as VOZ1238.

VH-YFF had earlier operated the scheduled VOZ1235 service from Brisbane to Rockhampton Airport and called into Gladstone Airport while operating the return VOZ1238 service back to Brisbane.

It appears that VH-YFF may have diverted to Gladstone Airport as a result of the mid-morning VOZ1711/1714 service to Gladstone from Brisbane and back being cancelled.

Meanwhile, earlier on Tuesday 23 August, Virgin Australia Embraer E-190 VH-ZPR was spotted operating into Gladstone Airport on the early morning VOZ1707/1710 scheduled service from and back to Brisbane. 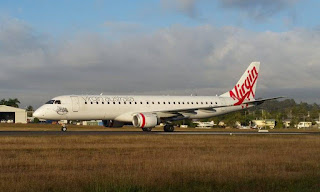 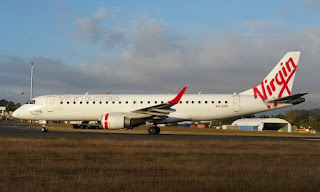 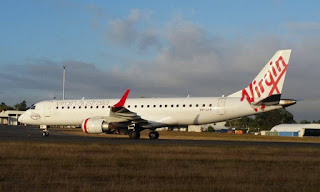 UPDATE!  As of late on Friday 26 August, the above was the only 'diversion' by a Virgin Australia aircraft that was noted this week in CQ.  Perhaps operations have returned to normal.