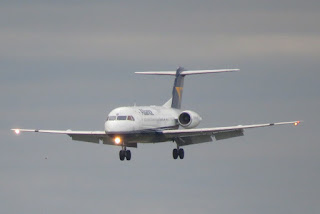 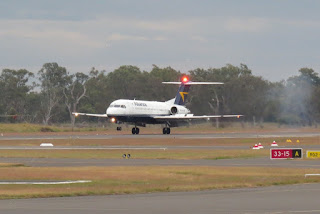 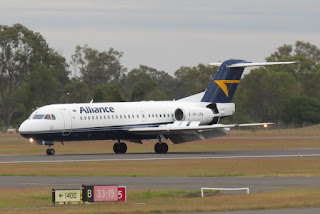 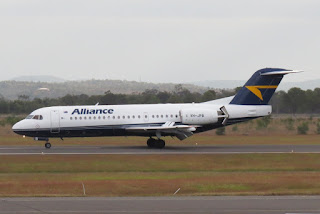 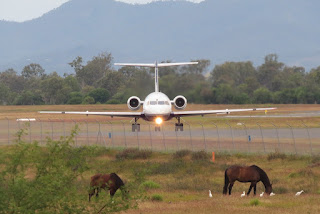 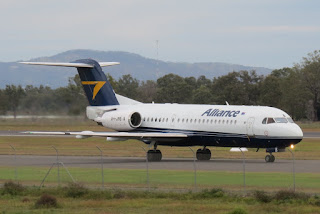 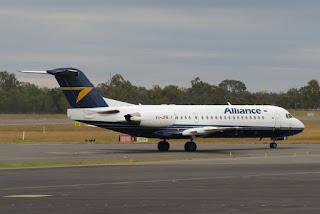 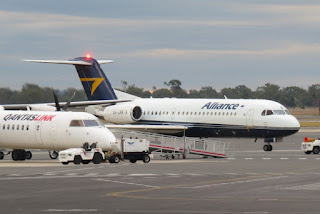 VH-JFB was noted operating the scheduled VOZ1245/1248 mid-afternoon service from and back to Brisbane.

Meanwhile, a little earlier on Wednesday 24 August, 'IAD' spotted a couple of nice light General Aviation (GA) visitors at Rockhampton Airport in the form of New South Wales-based SOCATA TBM-850 VH-KOF which had earlier arrived from Maitland.  It later departed to Archerfield. 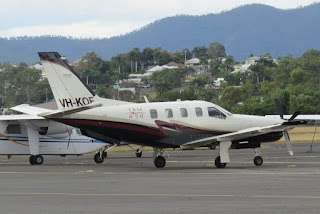 Parked nearby was Brescon Beech B200 King Air VH-WXN which visited from the Brisbane West Wellcamp Airport. 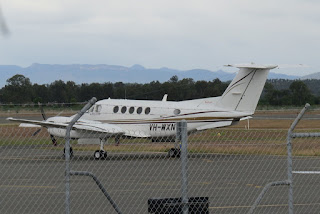 Finally, the Queensland Police Service (Airwing) Cessna 560 Citation Ultra bizjet VH-PSU has been back at Rockhampton Airport (amongst other CQ Airports) on both Wednesday 24 August and Monday 22 August.