On Tuesday 2 August, Mitchell Air / Australian Corporate Jet Centres' Cessna 680 Citation Sovereign bizjet VH-EXQ flew into different parts of Central Queensland while on a flight from its Melbourne (Essendon) base to Townsville.

It initially touched down at Bundaberg Airport around mid-morning before continuing further North to Rockhampton Airport where local plane spotter 'IAD' was on hand to capture a couple of photos. 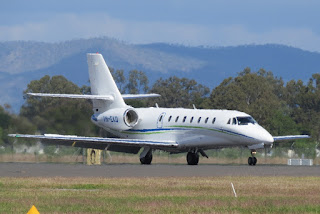 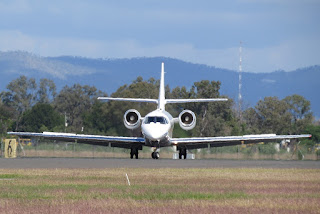 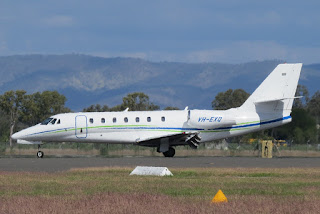 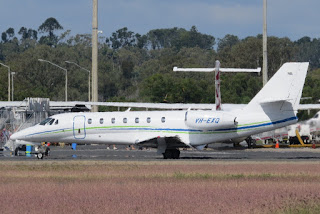 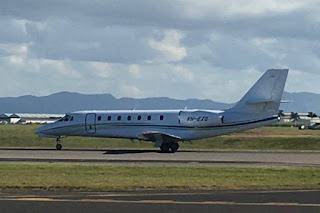 It then later continued at Townsville where it looks to be spending the night.

At the time of writing, VH-EXQ is scheduled to depart Townsville early on Wednesday 3 August for Emerald and the Sunshine Coast.

Meanwhile, speaking of Emerald Airport, Mackellar Mining Equipment / Flight Options (Australia) Cessna 560 Citation Ultra bizjet VH-MMC called in once again on Tuesday 2 August from the Sunshine Coast.  It too looks to be staying for the night.

And finally, also departing its Mackay Airport base for Rockhampton and then Sydney early on Tuesday 2 August was Embraer EMB-550 Legacy 500 bizjet N142GZ.  It was noted returning to Mackay Airport again via Rocky from Sydney later in the day.

Sincere thanks to the local plane spotters for capturing some great images of VH-EXQ in CQ!