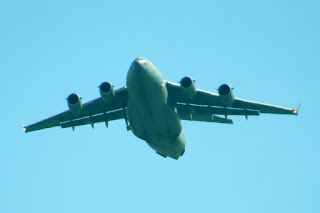 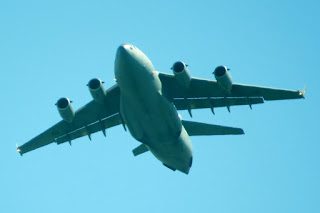 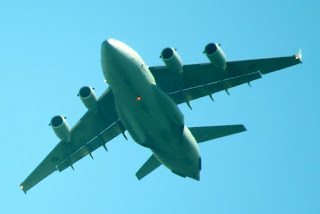 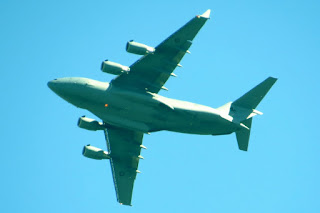 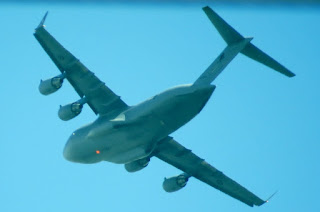 The massive transport aircraft operated by the RAAF's 36 Squadron at RAAF Base Amberley flew North from there to complete the approach at Rocky before it then headed West to Emerald.  Following airwork at 3000 feet over Emerald, A41-209 continued to Taroom before returning home to Amberley. 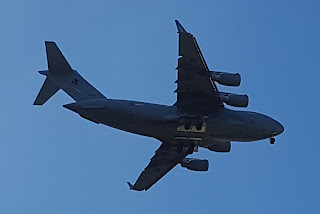 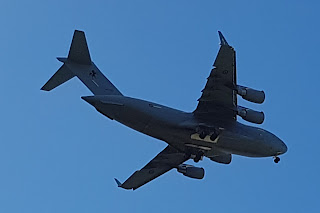 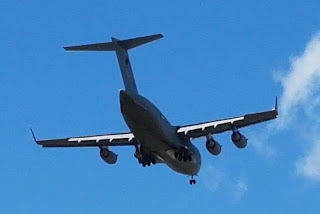 Sincere thanks to local plane spotters Kayanne H and Scott H who were both at the right place at the right time to capture these great photos of the Globemaster.

Photos taken by Kayanne Hardsman and Scott Harris  ©
Posted by Damian F at 7:31 AM