A real treat for local aviation enthusiasts out in the Central West with Douglas C-47A (DC-3) Dakota VH-XUX arriving into Longreach Airport from Bathurst during the late afternoon on Monday 15 August. 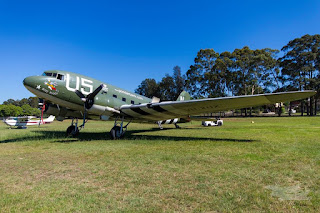 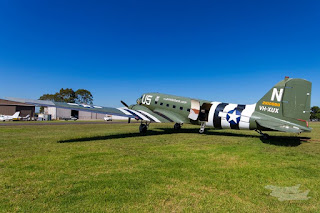 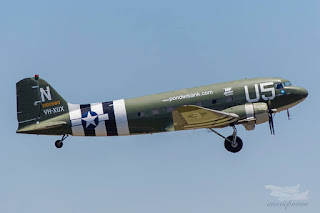 After staying for the night, VH-XUX departed Longreach Airport for Darwin early on Tuesday 16 August.

VH-XUX a 1944 built C-47A-10-DK (c/n 12540) and only returned to the skies in late 2015 after some 37 years stuck on the ground undergoing restoration work.  Local plane spotter Bernie P was on hand at Bankstown Airport to capture to historic moment as shown in his wonderful photos in this post.

The Dakota has seen service with the United States Army Air Force (USAAF) as 42-92709 and then with the Royal Australian Air Force (RAAF) as A65-41.  After wartime service the Aircraft was transferred to MacRobertson Miller Aviation Company (MMA) in Western Australia and put on the Australian civil register as VH-MMF. It then saw many years of service with different companies around Australia and in Papua New Guinea (PNG) before ending up at Bankstown Airport near Sydney in 2002 where it was to be restored to flying condition.

Sadly the news came out late in 2015 that the aircraft was destined to leave Australia and head to China.

What a great sight and sound it would have been!

Sincere thanks to Bernie P for allowing us share his wonderful photos of a wonderful old aircraft!

All photos taken by Bernie Proctor  ©
Posted by Damian F at 7:34 PM