Local plane spotter 'Mick' has been busy at Gladstone Airport over the last few days but has taken time out to capture and send through some nice photos of some of the recent Virgin Australia Embraer E-190 jets which continue to operate into the port city - along with a nice selection of some interesting light General Aviation (GA) visitors.

On Tuesday 26 July, E-190 VH-ZPH was photographed in the cool morning air operating the VOZ1707/1710 scheduled service from and back to Brisbane.

Then on Wednesday 27 July, E-190 VH-ZPB was also captured operating the VOZ1707/1710 early morning scheduled service into Gladstone Airport from and back to Brisbane.

Finally, on Sunday 31 July, E-190 VH-ZPO paid Gladstone a visit operating the VOZ1713/1716 mid-afternoon scheduled service from and back to Brisbane. 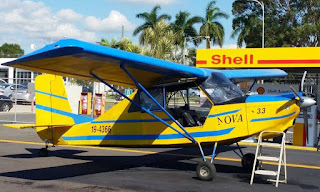 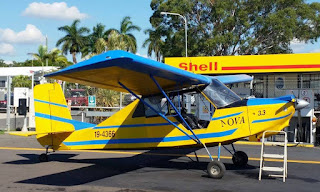 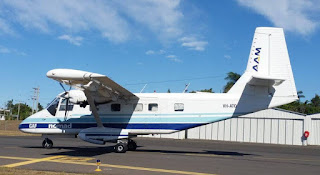 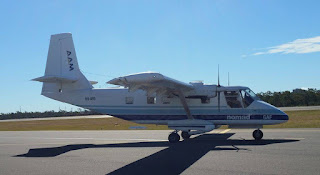 I believe it is the only airworthy Nomad left flying in Australia and so it is always a welcome visitor especially to CQ Airports!

Finally, soon after the very successful Old Station Fly-in and Heritage Show which was held at Raglan in late May, the Gladstone Airport GA Apron was quite busy with aircraft returning 'home' including a visit by a pair of Lake LA-4-200 Buccaneer amphibious aircraft VH-LAK and VH-LUG. 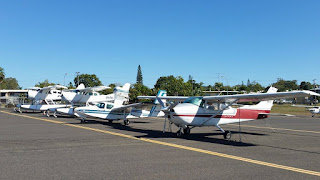 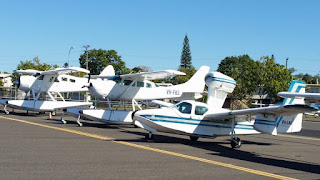 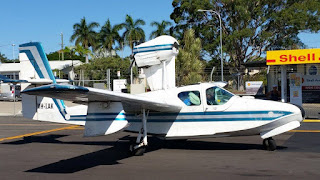 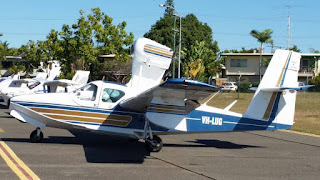 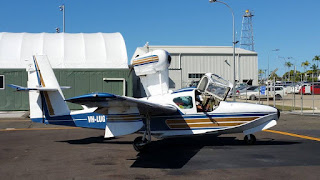 Both had recently visited the Old Station Fly-in and were believed to be heading North on a nice sightseeing flight over the next few days.

Sincere thanks to 'Mick' for taking the time to capture and send through these great photos!