On Friday 5 August, the Queensland Government Raytheon Hawker 850XP bizjet VH-SGY looked to operate a training flight up to parts of Central Queensland from its Brisbane base.

It initially completed airwork around Gladstone Airport - including at least one practice ILS approach - before continuing North and landing at Rockhampton Airport.  It then immediately took off and landed once again at Rocky, 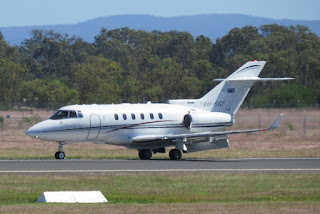 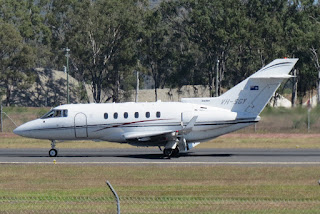 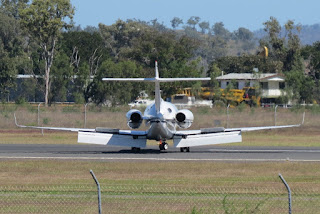 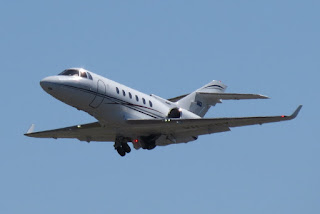 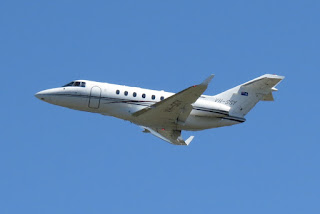 After some time on the ground, VH-SGY returned to Gladstone and completed one final approach at Gladstone Airport before then later returning to Brisbane.

Meanwhile,  the Queensland Police Service (Airwing) Raytheon B1900D VH-PSK was also noted calling into Rockhampton Airport (amongst other places) on Friday 5 August while on a busy day of prisoner transfer flights.  It looked to also call into Mackay Airport on Thursday 4 August, and also complete another full day of flights up and down the Queensland coast on Wednesday 3 August.

Of interest, it appeared that on Monday 1 August, Queensland Police Service (Airwing) Cessna 208 Caravan VH-PSY looked to fly into Rockhampton and Mackay Airports from its Cairns base perhaps also on prisoner transfer flights.