During this last week, local plane spotter James K popped into the Proserpine (Whitsunday Coast) Airport and while there were no larger Regular Passenger Transport (RPT) jets on the ground, he did take the time to capture some photos of some of the aircraft and helicopters of Whitsundays-based GSL Aviation following their recent shift in operations from the Whitsunday Airport at Shute Harbour. 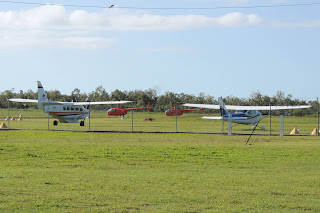 The move by GSL Aviation was made at the end of March with their operations commencing at Prosie on Sunday 31 March.  There is now an administration area and tour booking desk within the expanding Proserpine Airport terminal building, with passenger boarding areas looking to take place on the also expanding Proserpine Airport parking apron.  Now all-white Gippsland GA-8 Airvan VH-URB was actually photographed on the parking apron preparing to take its next load of passengers on a flight. 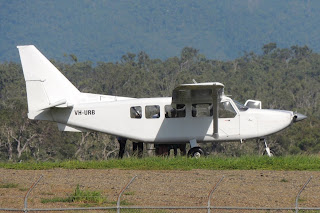 The remainder of the GSL Aviation aircraft and helicopters that were parked in open air parking / storage at Proserpine (Whitsunday Coast) Airport were parked down on the grassed General Aviation (GA) Area before the main terminal building. 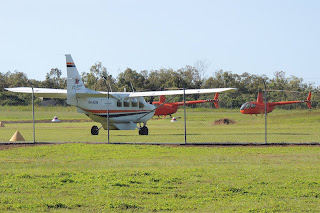 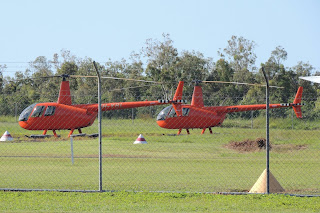 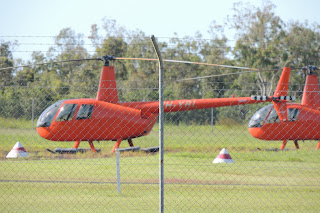 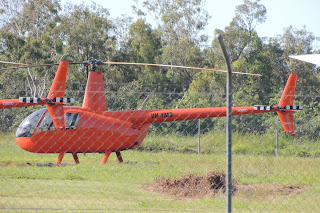 There have been generally mixed reviews of the move, although comments following our Facebook post were generally supportive suggesting that the closer access to the inbound RPT traffic into the region at Proserpine would be most advantageous for GSL Aviation and their flights, especially for passengers looking for quicker transfers to the nearby Whitsunday Islands.

Despite some early confusion and "chaos" immediately following the move, GSL Aviation's operations are now moving ahead out of Prosie at full speed!