As we posted below, last Sunday 14 April, ICM Australia (Melbourne) Piaggio P-180 Avanti II VH-ICK was noted passing through Charleville Airport while heading from its Melbourne (Essendon) Base to Cooktown in Far North Queensland. 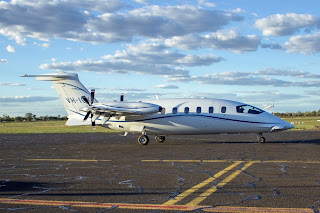 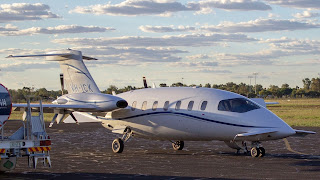 Then, late in the afternoon on Thursday 18 April, VH-ICK returned to Charleville Airport from Cooktown and it was photographed by local plane spotter Zac F as it took on fuel.

VH-ICK then continued home to Essendon.

All photos taken by Zac Fitzgerald  ©️
Posted by Damian F at 9:54 PM